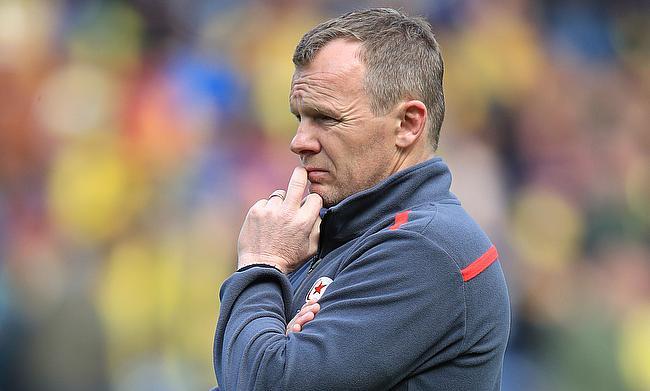 Rosie Galligan Interview: ‘Living in the moment’ and helping Harlequins achieve their goals
Anton Bresler Exclusive: 'I thought my agent was pulling my leg when he said I could join Racing'
Jimmy Gopperth and Anthony Watson to join Leicester Tigers
Leicester Tigers sign Phil Cokanasiga ahead of 2022/23 season

“It’s a club that’s just heaped in European history,” Mark McCall had to say of Saracens’ opposition, RC Toulon, ahead of the two teams’ clash on Saturday afternoon.

After an impressive 15-44 win against Gloucester last Friday, the Saracens were able to progress into the semi-finals of the EPCR Challenge Cup which will be played on the 14th of May at the Stade Felix Mayol.

“It was an important step up for us,” McCall said about last week’s game, “when we reviewed and talked to the players about the energy that we had, it was all good.

“It was important for us to play like that and feel that way again, I think it was a good feeling between the group.”

But him and the team now have their gaze set on the semi-final, “last Friday is done now and Saturday night is a new game against a new opponent. I still think there is more in us, and we’ve got to back that up really this weekend.”

McCall is aware of how dangerous RC Toulon can be though especially after the appointment of their head coach Franck Azema last October after the club got off to a poor start.

“There has been quite a shift since they’ve changed coach, Franck who we know from his days at Clermont is a really experienced coach,” McCall said. “There’s been a real resurgence from a performance point of view since he came on board.

“They’ve got huge talent, they’re a formidable team, they’re a big strong team as well, and over the last two or three months they’ve picked up not only their performances but their results as well.”

On Thursday McCall insisted, “we’re well aware of the scale of the challenge” and believes his team can reach their first ever Challenge Cup Final. He and his staff know what is ahead and the talent that RC Toulon possesses in their squad, McCall believes that something very easy will allow them to progress into the final.

“The best way is to stick together,” McCall said, “as soon as you try to defend individually against players like that, they’ll always win. But if you can do it together and get supported by your teammates then you’ve got a chance.

“Just to be playing knockout rugby in front of great crowds in great places is exactly what we wanted and exactly what we missed. We’ve got another chance this weekend at one of the iconic grounds I guess in lots of ways.”

This will be the third time these two teams have met in the EPCR Challenge Cup, the two clubs picking up a win each up to now. It will be the seventh European fixture between the two sides, the last time these two teams met would have been during the 2016/17 pool stage in which Saracens were able to win both fixtures [home and away], and inevitably win the competition.

Luck has not been on Saracens’ side in their previous semi-final appearances in this competition, having lost all three to date. In 2002/03 and 2006/07 Bath were able to get the better of them, whilst in 2008/09 Northampton Saints were able to progress to the final.

But even after this game is put in the history books there is not time to waste with the Premiership Semi-Finals looming around the corner and a bout between Northampton coming up on the 21st of May. McCall says, “we’re grateful that we play at this time of year, there is a few teams who aren’t.”