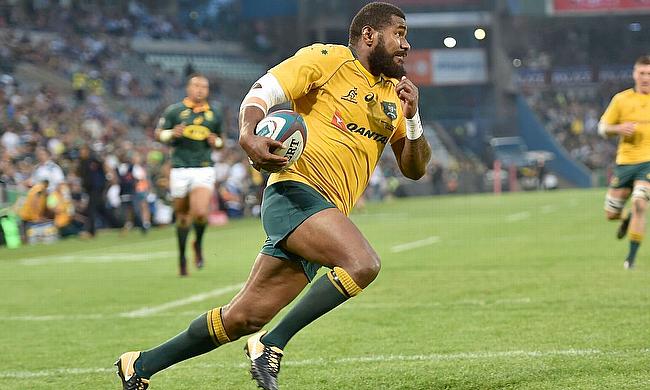 Marika Koroibete in action for the Wallabies
©PA

Winger Marika Koroibete has committed to Melbourne Rebels and Rugby Australia after signing a new deal until 2019.

Koroibete, who switched codes from rugby league to rugby union has been part of the Rebels since 2017 made his debut for the Wallabies in the same year during the Rugby Championship clash against Argentina in Canberra and until now has featured in 14 Tests in which he scored five tries.

He was also part of the Australian line-up that went on to beat Springboks in the ongoing edition of the Rugby Championship last weekend in Brisbane.

"I joined the Club when I first came to professional Rugby and they have supported me to become a Wallaby.

"Now I want to repay their belief in me and be the best winger in the world. Melbourne is where I believe I can achieve that.”

Meanwhile, Melbourne Rebels head coach David Wessels expressed delight on the news and is confident that the 26-year-old will continue to be an integral part of the squad in the upcoming season.

“Marika has been an outstanding member of our Club and community since he became a Rebel and we are very proud of what he has achieved.

"At the same time, we want to help him to achieve even more.

"Marika is already a world-class winger and he has a key role to play in educating our emerging players. There is no doubt he is going to be a key part of our quest for a Super Rugby title in 2019."