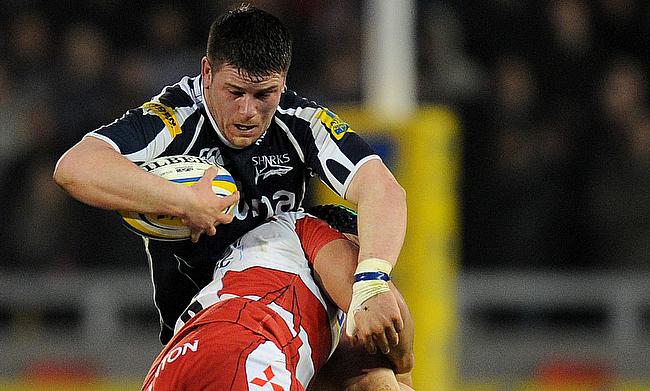 Marc Jones is set to make his debut in the ongoing season of Pro14 after he was signed by Scarlets from Gallagher Premiership club Sale Sharks.

Jones made his professional rugby debut with Sale Sharks in 2005 and after 10 years with the AJ Bell Stadium outfit, he moved to the Championship side Bristol for the 2015/16 season before returning for a second stint with the Sharks during the 2017/18 season.

Scarlets head coach Wayne Pivac was pleased to announce the news as he believes Jones' addition will bring an healthy competition among the squad.

“We’re extremely pleased to be in a position to officially confirm Marc’s signing.

“We have two international hookers in Ken and Ryan and two very exciting prospects in Taylor and Daf.

"Marc is a very experienced player who will challenge our international hookers in Ken and Ryan but will also be an important asset to us during the international windows.”

Meanwhile, Jones thanked Sale Sharks for supporting him and is now looking forward to represent the Llanelli based outfit.

"This opportunity to join the Scarlets is one that I’m particularly excited by and can’t wait to get started this week. I was born and bred in Wales and have always harboured ambitions of playing my rugby at home.

“I’m extremely proud to have represented Sale Sharks for the best part of a decade but this new opportunity is one that I’m looking forward to and we’re excited by as a family.

“The Scarlets have led the way in recent seasons and I’m looking forward to playing part in the seasons to come.”

Scarlets will begin the new season of Pro14 with a clash against Ulster at Kingspan Stadium on 1st September.