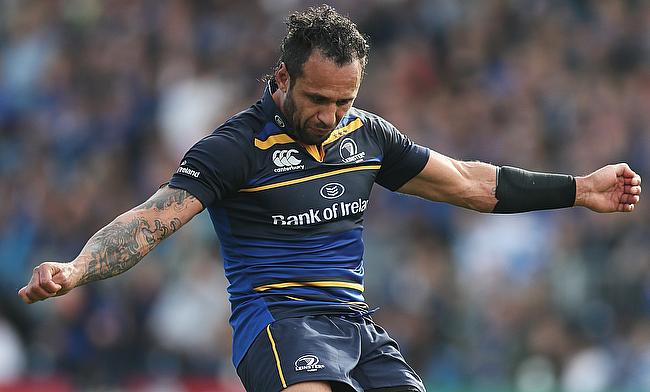 Leinster went on to claim their fifth Pro14 title as they defeated Scarlets 40-32 in the final at Aviva Stadium on Saturday.

The result also meant this is the first time a Pro14 side has completed a double of European title victory and also league championship and a fantastic year continues for Irish rugby following Joe Schmidt men's Grand Slam in the Six Nations Championship earlier this year.

Leinster started the proceedings with a seventh-minute penalty goal that was negated by Leigh Halfpenny three minutes later. The proceedings continued once again with Halfpenny and Sexton once again traded penalties as the scores remained 6-6 at the end of the first quarter.

Isa Nacewa on his final appearance for before retiring was forced off the field with an injury in the 19th minute and Sexton also had injury concern following a tackle from Scott Williams but he got his team into the lead with the 25th penalty goal.

The first try of the game came in the 30 minutes mark when Devin Toner crossed over but Scarlets responded back once again with Johnny McNicholl dotting down five minutes later. Leinster had complete control of the game heading into the break with their third try coming through James Lowe and Sexton's conversion took the scoreline to 21-11.

Leinster maintained their momentum in the second half as well with further tries from Sean Cronin (52') and Jordan Larmour (58') and it looked all but over for Wayne Pivac's side with the Irish side stretching the lead to 22 points.

McNicholl scored his second try in the 65th minute but Jack Conan's effort in the 69th minute meant his effort was negated and Leinster maintained their 22 point lead heading into the final 10 minutes.

Scarlets made a remarkable comeback with late tries from Werner Kruger (79') and McNicholl (80') and despite Halfpenny converting both, they fell short by eight points.

“The last couple of weeks have been a mental and physical test for all of us. For players and staff to try to turn it around," said Leo Cullen.

“There was a lot of emotion that went into that performance last week. To try and get our feet back on the ground this week was a challenge.

“Credit to the players, they are the ones who produce the deeds on the field. I thought they were exceptional.

“Thankfully, it was a little bit easier watching than the last two weeks when there was a combined winning margin of four points.”