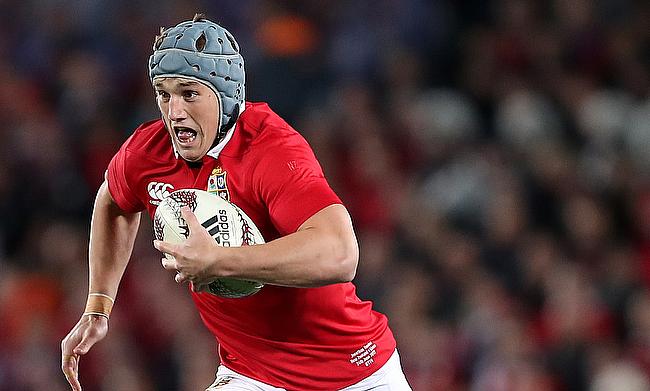 Wales international Jonathan Davies is set to make his first appearance in eight months after he is set to lead his club Scarlets in the pre-season friendly game against Bath Rugby at Recreation Ground on Friday.

The British and Irish Lions centre has been out of action since December when he sustained a foot injury during the autumn international game against Australia.

Apart from Davies, Leigh Halfpenny, Steff Evans, Rhys Patchell and new recruit Sam Hildago-Clyne are also named in Scarlets line-up while the front-row is made up of Wales internationals Rob Evans, Ryan Elias and Samson Lee along with new signing Blade Thomson.

Meanwhile, Bath will have their own set to Wales internationals with Rhys Priestland leading them and will have the services of Jamie Roberts, Taulupe Faletau and veteran lock Luke Charteris.

Scarlets will be heading into the Friday's encounter with a lot of confidence after beating Bristol Bears in their opening game of the pre-season.

“We learned a lot from the performance against Bristol last week, despite the terrible conditions, and we’ll hopefully be able to build on that against Bath on Friday," said Scarlets head coach Wayne Pivac.

“Last weekend’s game was more of a trial whilst the second of our two friendlies is more of a dress rehearsal."