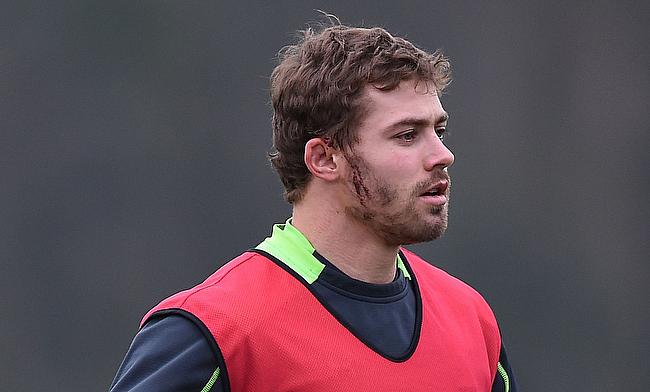 Scarlets will miss the services of full-back Leigh Halfpenny for the upcoming Pro 14 semi-final clash against Glasgow Warriors on Friday following a hamstring injury.

The 29-year-old made just eight appearances for Scarlets after joining the Welsh regional side from Toulon in 2017 and now has been replaced by Johnny McNicholl, who has recovered from a shoulder injury.

Head coach Wayne Pivac confirmed the news on Halfpenny and believes there is a chance the British and Irish Lions star might return should they manage to reach the final.

"Leigh has a small tear so with any luck, should we get through the semi-final then he may be available for the final," Pivac.

"The last obstacle for him was full contact and he's done that."

When these two teams met last in the 19th round it was Scarlets, who emerged victorious with a 26-8 margin, but Pivac is expecting Glasgow to bounce back hard.

"We'd like to think the intensity will go up from that game," he said.

"Certainly we know that Glasgow will be a lot better. I don't think they played their best rugby.

"The intent from both sides will be there when it's on to move the ball, but we're expecting a very big physical clash as well."

Friday's game will be the third knock-out game for Scarlets in the last 45 days after they locked horns with La Rochelle and Leinster in the quarter-final and the semi-final of the European Champions Cup.

PRO14 Rainbow Cup SA to kick-off from 1st May