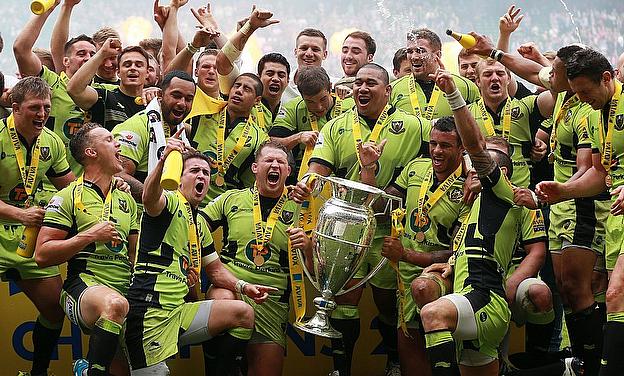 English champions Northampton must wait to discover if they will be a tier one team in Tuesday's inaugural European Rugby Champions Cup draw.

The 20-team competition will see its pool stages formed from four tiers of five clubs each.

The seven qualifying Aviva Premiership teams are ranked according to their finishing positions in the league table, which means Saracens are top English seeds and Northampton, who beat Saracens in last month's play-off final at Twickenham, are ranked second.

French Top 14 and RaboDirect PRO12 sides are ranked based on their league performances and on their qualification for the knockout phases of those respective competitions.

For clubs that did not qualify for the Top 14 and PRO12 knockout stages, or were eliminated at the knockout phase, rankings are decided by league table finishing positions.

Saracens, Toulon and Leinster are already confirmed in tier one, with a pre-draw carried out to decide which two teams of Northampton, Castres and Glasgow join them.

Once tier one has been established, the pool draw will then take place at the Stade de la Maladiere in Neuchatel, Switzerland, with five pools of four being established.

The second-tier European Challenge Cup is also to be drawn in Switzerland on Tuesday.

It will also comprise four tiers for the draw and five pools, with Stade Francais, Exeter and Cardiff Blues confirmed among top seeds.

The European Rugby Champions Cup next term succeeds the Heineken Cup, which ran for 19 seasons and ended in Cardiff 16 days ago when Jonny Wilkinson's Toulon successfully defended their European crown by beating Saracens.

After almost two years of negotiations, a new competition was forged in April comprising nine stakeholders - the six unions of competing teams, plus Premiership Rugby, France's Ligue Nationale de Rugby and Regional Rugby Wales - in addition to the Challenge Cup and a third qualifiying tournament.