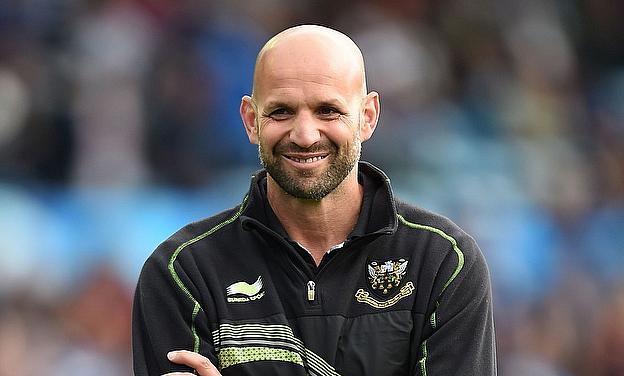 Saints' rugby director will push his tenure at the east midlands outfit to 12 years should he complete the new deal.

Mallinder has guided Saints to the Premiership and Amlin Challenge Cup double this term, Northampton winning five of nine cup finals since he took the reins in 2007.

"This is a superb club and a brilliant job," Mallinder said.

"There are not many positions like this in world rugby and I've loved every minute of being here.

"We've had a few ups and downs, but generally we've been on the up since being in the first division that first year.

"We're getting better and better - not just as a team and a squad, but as a club, and it's something I want to be a part of.

"I'm more motivated now than when I first came here. The challenges are huge.

"There are plenty of ambitious clubs in the Aviva Premiership and we want to be better than them."

Mallinder guided Northampton back to the Premiership from the Championship in his first year at the helm.

Saints have reached the Premiership play-offs every year since 2010, finally scooping the title at Twickenham on Saturday.

The 24-20 extra-time victory over Saracens helped ease memories of the 37-17 final loss to Leicester Tigers in 2013 when Dylan Hartley was sent off.

"The last seven years have been massively exciting for everyone associated with the Saints, and I've got no doubt that the next five will see us go from strength to strength," he said.

"Jim has firmly established himself as the best director of rugby in the Aviva Premiership - not just in putting together one of the most exciting and talented first teams, but in how he has shaped the entire playing department to ensure that there is a legacy of success that will last for years to come.

"Professional sport demands immediate results and success, however there also has to be a balance between focusing on the short term and building a sustainable club.

"Jim has achieved this, reaching nine finals and winning more trophies than any of his predecessors, but he has put the pieces in place to also produce some of the most talented young players in the country through our academy system and bring in world-class quality, too.

"It is an exciting mix, and we are delighted that Jim is staying on as director of rugby."