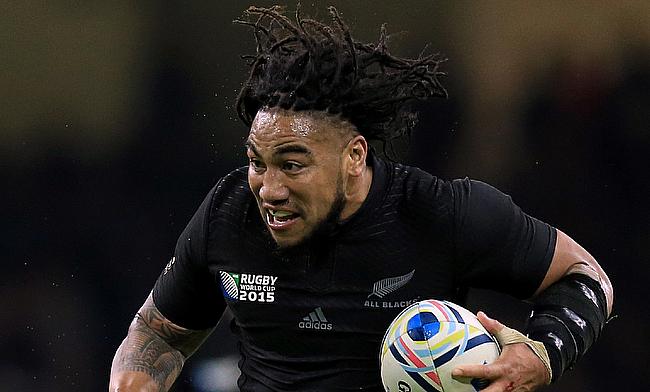 Featuring for New Zealand in their title defence in the 2019 World Cup is all in Ma'a Nonu's mind as he aims to revive his All Blacks career.

The 36-year-old has achieved all the accolades at the highest level and is among the 20 players in the history of the game to have won dual World Cups when New Zealand clinched the title in the 2011 and 2015 editions.

Post 2015 World Cup, he moved to France where he signed a two-year deal with Toulon but has now returned back to the province after he joined Super Rugby club Blues for the 2019 season on what will be his third stint with the Auckland based club.

Nonu has been named in the starting line-up for Blues for the tournament opener against Crusaders where he will partner TJ Faiane in the midfield with Sonny Bill Williams on the bench. It will also be his first Super Rugby appearance since the 2015 final when he represented Hurricanes.

"Well I think [making the All Blacks] is there, you know, in everyone's minds," said Nonu.

"I had a great time in France, I guess the opportunity to come and play for the Blues, I took it with both hands really.

"Hopefully I can still play at this level, that's a challenge I'm looking forward to.

"For me it's trying to make the Blues team first, so one step at a time."

The comeback to New Zealand will not be an easy task even for someone who has featured in 103 Tests as Nonu will have to compete against Williams, Ryan Crotty, Jack Goodhue, Anton Lienert-Brown and Ngani Laumape. At 37, he is set to be the oldest player to feature in Super Rugby but Nonu is confident that his experience will keep him at good stead.

"I hope I still have the wisdom upstairs and the physicality as well to play in Super Rugby because it's really intense," he said.

"The Top 14 and the Champions Cup is a brutal, brutal competition in Europe. I learned a few things playing week-in, week-out -- a 35-week.

"I've learned with experience about my body and my mind. It's come with maturity as well."