LV=Cup The stars of tomorrow, today 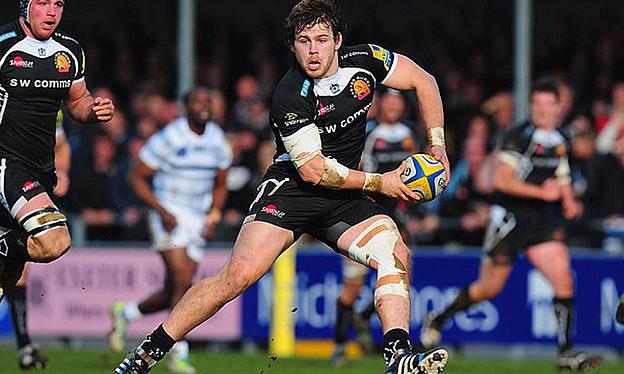 Though the LV= Cup will never match the Aviva Premiership or European rugby trophies for prestige, it plays a valuable role in developing the next generation of players who will go on to star in those more high-profile tournaments. With the competition kicking off for the English sides tomorrow, we’ve taken a look at some of the potential candidates for the LV= Breakthrough Player award.

Luke Cowan-Dickie, Exeter Chiefs
After lifting the Junior World Championship trophy in 2013, the sky seemed the limit for the versatile
hooker, who can also pack down at loosehead prop. Unfortunately, injuries have prevented Cowan-Dickie from making the impact he would have liked over the last couple of seasons, but finally now
healthy, this year’s LV= Cup could provide the perfect platform for Cowan-Dickie’s career to explode
into prominence. Powerful carrying and impressive set-piece accuracy are amongst the strings the
hooker has to his bow and he should shine in a Chiefs side with impressive depth and keen to defend
their title from the 2013/14 season.

Scott Wilson, Newcastle Falcons
Another JWC-winner, Wilson has also already featured for the England Saxons and was even
invited to join the senior England squad for a training session last season. An efficient and powerful
scrummager, the youngster will be pivotal to any hopes Newcastle have of making waves in the
competition. With Kieran Brookes holding down the first XV tighthead spot, Wilson will be out to
impress in the LV= Cup.

Maro Itoje, Saracens
A man who seems to need less and less of an introduction these days, Itoje is one of the premiere
rugby talents not only in England, but across the globe. Fresh from captaining England U20s to
their second JWC title in as many years this summer, Itoje could take the tournament by storm this
season, especially if he plays with the same maturity and physicality he has displayed countless
times at age-grade level for England. If he plays to his potential and Saracens put together a trip to
the knockout stages, it’s hard to see the award going anywhere else.

Charlie Ewels, Bath
After making his Bath debut against Toulouse last weekend, Ewels retains his place in the first XV,
but moves to his favoured position of lock for the club’s opening LV= Cup fixture against London
Welsh tomorrow. A fourth JWC-winner in as many players, the versatile second row also assumes
the captaincy against London Welsh, continuing a remarkable couple of weeks for the 19-year old.
He will be reliant on how well his pack performs around him, but he is certainly worth keeping an
eye on this season, perhaps in more competitions than just the LV= Cup.

Elliot Stooke, Gloucester
The arrival of Tom Palmer seems to have pushed Stooke down the pecking order at Kingsholm this season, but as one of the standout players in their Aviva Premiership campaign last season, he
should be more than able to stamp his authority on this season’s LV= Cup. This tournament should
give Stooke the platform he needs to impress new coaching supremo Laurie Fisher and push himself
back into contention for a regular starting spot in Gloucester’s first XV.

Alex Lozowski, Wasps
The unfortunate injury to Ruaridh Jackson could prove to be a blessing in disguise for Lozowski, as
the former Leeds man now looks set to be Wasps’ first-choice fly-half for the LV= Cup. The son of
former Wasps player Rob Lozowski, Alex was actually a member of Chelsea FC’s academy a few years ago, but followed in his father’s footsteps, ultimately ending up at Wasps, after refining his craft at Leeds in the Championship. Impressive recruitment from Wasps this summer will allow them to field
a much more competitive squad in this year’s tournament, something which will help Lozowski as he
looks to guide a highly-talented, albeit raw, back line.

Guy Armitage, London Irish
The youngest of the three Armitage brothers, Guy’s career stalled slightly with a short stint in
Toulon, but since returning to London Irish, has looked like the tremendous prospect he was once
labelled as. Whilst Irish did not shock the world with many big-name signings this summer, the
players they brought in solidified their squad, adding depth in areas that were worryingly thin
before, something which should help them be competitive in this year’s tournament. Any team
playing Irish in the LV= Cup will have to prepare for the considerable attacking threat that Armitage
poses.

Mike Haley, Sale Sharks
Haley may not feature in Sale’s squad to play Wasps on Saturday, with Luke McLean preferred as
he continues to recover from a recent injury, but the performance of the young full-back in Sale’s
two European Rugby Champions Cup losses to Munster and Clermont Auvergne certainly caught the
eye. Once McLean has returned to full fitness, and presumably the first XV, Haley will likely be Sale’s
regular full-back in the competition and should impress with his counter-attacking ability and safe
pair of hands under the high ball.