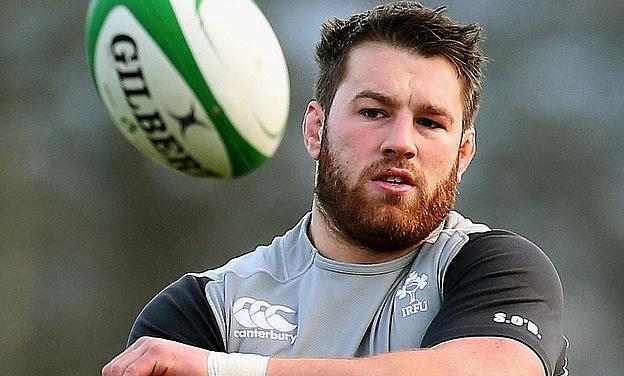 Ireland could have four Lions back for Saturday's clash with France in Dublin, with flanker Sean O'Brien close to contention after a hamstring injury in the warm-up in Rome last weekend ruled him out of a first Test appearance in more than a year.

Jonathan Sexton, Jamie Heaslip, Rory Best, Cian Healy and O'Brien could all come into an Ireland side which was less than convincing in claiming an opening 26-3 win over Italy.

O'Brien was a late withdrawal from the starting XV, but a MRI scan on Sunday night confirmed the tearaway forward suffered only a minor hamstring strain in the warm-up in Rome and he is poised to train on Tuesday, Ireland team manager Mick Kearney said on Monday.

Sexton could displace Ian Keatley at fly-half at the Aviva Stadium after recovering from a head knock and number eight Heaslip could play following a shoulder injury.

Prop Cian Healy is available following a torn hamstring which required surgery last September, while a fifth Lion could also be fit after going off in Rome.

O'Brien has not played for Ireland since the agonising late defeat to world champions New Zealand in November 2013 after two shoulder reconstruction surgeries.

Michael Kearney said: "Sean O'Brien did an MRI scan last night (Sunday) which confirmed a hamstring strain on the minor end of the scale.

"He is feeling good and we are hopeful that he will train with the squad tomorrow.

"If he comes through that, he will be available for selection. Whether that will happen or not, we will have to wait and see.

"Jonny Sexton is cleared to train fully and he is available for selection.

"Cian Healy trained fully last week, including some scrummaging which he came through very well and he is available for selection."

Head injuries are under scrutiny after Wales wing George North played on despite two blows against England last Friday.

Wales have been asked by World Rugby for a report on North.

"They are saying they didn't see the second knock he took even though it was very obvious to everyone that was watching on the TV that he was pretty well knocked out cold.

"If you take them at their word there, it was obviously just a genuine error on their part.

"Certainly looking at the Irish medical team, the way it is set up, with a physio at the far side of the pitch and two medics on the near side, I would hope we wouldn't miss something like that.

"In relation to Rory, the minute Rory got the knock, the medics went on to him and he was taken off straight away to do the head injury assessment which he failed.

"Post game he then did another test, pretty much straight afterwards which he came through really well.

"He has been very well since the game and is completing a gradual return to play protocol.

"If he completes the protocol without any symptoms, he will be available for selection. He certainly will not be ruled out at this stage."

Scrum-half Conor Murray knows holders Ireland must improve against a France side which opened with a win over Scotland.

He said: "The Italy game will not be good enough to beat France this weekend. We've got to up it.

"They've got a lot of talent in their team. (Wesley) Fofana and (Camille) Lopez can change the game in a moment.

"They can be really dangerous if you let them attack and leave them in space.

"Against Scotland they won ugly and that's the sign of a good team."