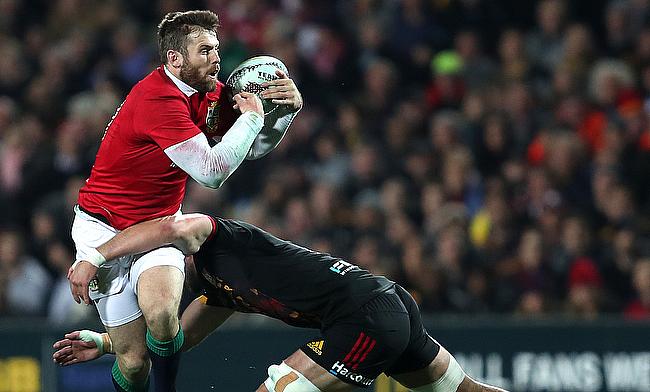 Jack Nowell scored a double as British and Irish Lions wrapped up their preparations for the first Test against New Zealand with a convincing 6-34 win over Chiefs in the tour game at FMG Stadium Waikato on Tuesday.

This will also be Lions' fourth win in the tour from six games and the highest margin victory surpassing the 10-32 win they achieved against Maori All Blacks on Saturday. The likes of Elliot Daly, Liam Williams and Jack Nowell were all impressive finding their groove before the all important first Test against Steve Hansen's men.

Dan Biggar started the proceedings for the Lions with a ninth minute penalty but the visitors lost Joe Marler on the sin-bin for his tackle on Nepo Laulala. Marler was walking off the pitch even before the yellow card was awarded by referee Jerome Garces.

However, Marler's sin-bin did not prove costly for Lions as they maintained a lead of 6-3 after Biggar and his counterpart Stephen Donald exchanged penalties at the end of the first quarter. Riding on an offload from Williams, Nowell scored the first of his two tries in the 23rd minute with Biggar adding the conversion.

Donald's second penalty kick at the stroke of half time meant Chiefs were trailing by 6-13 at the end of the first half.

The start of the second half saw Chiefs centre Jonathan Faauli being penalised for blocking and moments later Lawes had to leave the field for a Head Injury Assessment after colliding with Marler.

The Chiefs suffered a major setback when Mitch Brown was sin-binned for collapsing a Lions maul and it also resulted in a penalty try for Warren Gatland's men. Lawes returned back in the 57th minute much to the relief of Gatland and moments later, Nowell strolled past the post for the second time following by another touchdown from Jared Payne while Biggar added the extras on both the occasions to complete a 6-34 victory for Lions.