The British and Irish Lions' Best Chance Against New Zealand 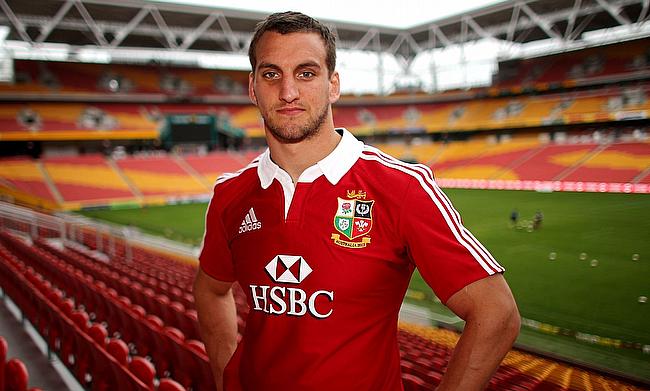 Sam Warburton will be a key member of Lions squad
©PA

After an excellent hit out, and convincing 32-­-10 victory against a formidable Maori All Black team, the B&I Lions will take confidence and momentum into the first Test Match at Eden park on Saturday. The B&I Lions executed a very basic game plan in wet conditions, which left the Maori All Blacks scratching their heads. This was not Super Rugby, but rather a Test Rugby team executing a savvy game plan in the wet of Rotorua.

On a wet Saturday night in Rotorua, the attacking and skilful back three of Maori All Blacks were always going to be less effective. Lowe, Milner-­-Skudder and Ioane were nullified, and made to look very ordinary by another kick-­-chase masterclass by the B&I Lions, spearheaded by the classy Conor Murray. The Irish halfback’s kicking from the base of the ruck has been nothing short of exceptional so far. Conor Murray is going to be vital if the B&I Lions are going to win the territory battle, and put the All Black back three under pressure. The match up between Conor Murray and Aaron Smith is going to be an absolute classic.

The B&I Lions attack has improved as the tour has progressed. The first game against the NZ Provincial Barbarians saw the B&I Lions deploying predictable one-­-off-­-runners, which the little-­-known NZ Provincial Barbarians comfortably dealt with. It seemed as though Gatland had reduced the B&I Lions to playing one-­-dimensional, ineffective and boring rugby that we have seen Wales play for years. Enter the skilful flyhalf Owen Farrell, and the B&I Lions seemed to know how to move the ball, put runners into space and holes. In the game against the Crusaders, Owen Farrel showed his ability to dictate a game both with the boot, as well as with ball in hand. Farrell’s combination with Ben Teo’ has been very impressive, and will be more than a handful if they get front-­-foot ball on Saturday. The Lions will need to score tries to win this series.

The B&I Lions were solid on defence on Saturday against the Maori All Blacks. The B&I Lions used a good line speed, and kept their shape throughout the wet fixture. The B&I Lions’ line speed will need to improve if they are to win the gain-­-line battle against New Zealand. The All Blacks will play quicker, as well as using more powerful ball carriers to smash over the gain-­-line. The B&I Lions will need to combat this with quicker line-­-speed and more dominant tackles. Finally, I expect the game to open up more in the last 15 minutes. The B&I Lions’ immobility may be an issue, and the substitutes from both teams will play vital roles if the game is still competitive by then.

The Lions will be hoping for a damp surface, and rain to allow their set piece and kicking to play a role. Rain is predicted for Auckland, and Eden Park this weekend, however I expect the surface to be quicker than Rotorua.

Jaco Peyper will blow the letter of the law on Saturday, which should suit the Lions. Peyper is particularly harsh on the breakdown and offsides, allowing for a fair contest and quick ball. Peyper is one of the best referees around as he is not afraid to use his whistle, and does not hesitate to send players to the sinbin for any cynical play. B&I Lions Game Plan

1. Kick well. This includes box-­-kicking, as well as kicking long and into space to win the territory battle. (Good kick-­-chase is critical)
2. Play set piece to set piece, avoid the game opening up and the New Zealand strike runners wreaking havoc.
3. Scrum well, and use the lineout as a base to attack. (Either maul or in the backs)
4. A quicker line speed, more dominant tackles and compete to win ball and slow ball at breakdown.
5. Attack narrow to keep ball for long periods, and enable them to win penalties.

The First 15 Minutes Whatever the result, the First Test at Eden Park, Auckland should be a classic. A high-­- intensity, high-­-pressure environment with two supremely talented teams going at it hammer and tongs. The breakdown will be a warzone in the first 15 minutes, a thing of beauty.

All Blacks by 10 points

What are your thoughts?