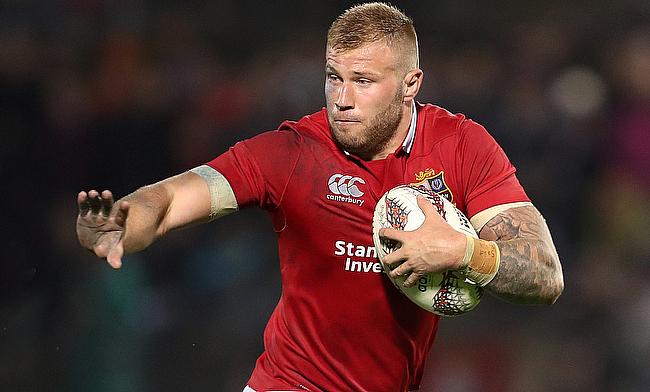 As a big blow to British and Irish Lions' chances in New Zealand, Wales international Ross Moriarty has been ruled out of the campaign after failing to make sufficient progress from a back injury.

The 23-year-old suffered the injury during the opening tour game against New Zealand Provincial Barbarians which they went on to win 7-13.

Head coach Warren Gatland have already called up reinforcements from Wales squad in New Zealand and is set to add two more players from Scotland after their game against Australia according to reports.

"We are really disappointed for Ross," said Gatland. " He has had a hugely impressive season, capped off with selection for the British and Irish Lions and his performance in the first match justified that selection.

"It is disappointing to see injury cut his tour short but we wish him all the best with his recovery."

Gatland also slammed the drive from Auckland to Whangarei that had aggravated Moriarty's back injury which eventually ended his maiden Lions tour.

Gareth Davies, Cory Hill, Kristian Dacey and Tomas Francis, who have been called up are set to be part of the reserves in the upcoming tour game against Chiefs along with possibly Allan Dell and Finn Russell.

Meanwhile, Moriarty described it was a honour to be part of the Lions and wants to use the experience in the last few weeks to help him build his career.

"It has been my dream since I was able to understand what rugby was, to play for the British and Irish Lions," said Moriarty.

"Rugby is a huge part of mine and my family's life and I'm hugely honoured to have been able to pull on the famous jersey and be part of this group and this tour.

"I feel becoming a Lion was reward for all the people who have helped me get to this stage in my career and I have really enjoyed the experience.

"I wish all the boys the best and I'll be supporting them fully from back home."