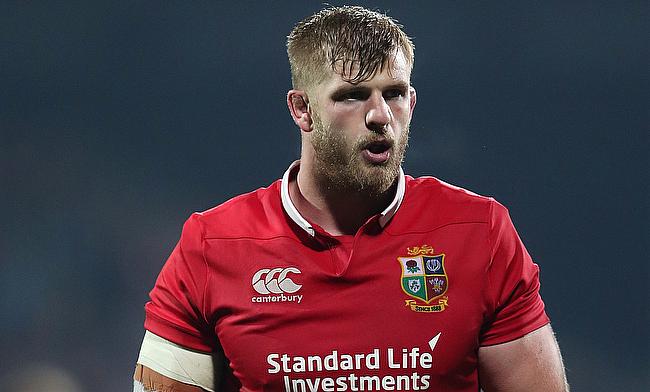 As British and Irish Lions registered a comfortable 10-32 win over Maori All Blacks in their tour game in Rotorua on Saturday, we take a look at five of the key points from the encounter.

THIS LIONS PACK CAN MIX IT WITH ANYONE

The Lions have always been clear that to topple back-to-back world champions New Zealand they must forge the best pack on the planet. Warren Gatland's front eight might not be there yet, but this was another giant step in the right direction. This Maori side were another much-vaunted challenge for the Lions and, as with facing Super Rugby leaders the Crusaders, Gatland's men delivered under huge pressure. In driving rain in Rotorua, the Lions proved their mettle once more. The tourists battered the Maori at the scrum, the lineout and in the tight exchanges. A big step forward.

The Lions turned the screw on their hosts after half-time, and as they wrestled control so too did England lock Kruis shoulder a whole new level of leadership. This Lions team has cried out for one tight-five forward to step up and start bossing his team-mates around. Well, here Kruis delivered. The Saracens lock was barking orders, pointing, shoving and driving his fellow forwards into the right places as the Lions powered through the tight phases. His team-mates loved it and responded immediately. Maro Itoje impressed too in the second row, and Gatland will have a tough selection dilemma in perming two from the three of Itoje, Kruis and Alun Wyn Jones to start the first Test.

GEORGE NORTH IS STILL SCRATCHING AROUND FOR FORM

On a night of few negatives, one worry remains: Wales wing North and his fight to regain top form. The Northampton flyer appears a shadow of his former self at present. North's very public battle to play his way back to his best can be a tough watch at times. But what is not in doubt is his hard graft in continuing to chase opportunities to get onto the ball. Johnny Sexton has turned a patchy opening on its head, and Gatland will hope North can follow suit - and fast. Given the right catalyst, North could still spring to life and have a huge impact on the fast-approaching Test series.

Halfpenny's flawless seven from seven shots at goal on Saturday indicates the Lions will hand the Welshman the tee against the All Blacks, even if Farrell shakes off his thigh problem. Lions boss Gatland admitted withdrawing Farrell from the squad to face the Maori was little more than a precaution, in a bid to help the England man return to top shape ahead of next week's All Blacks showdown. Farrell probably arrived in New Zealand as the front-line goal-kicker, but his thigh niggle should leave the Lions coaches not wanting to take any risks by stressing that problem through striking the ball off the tee. Expect Halfpenny to keep shooting at goal at Eden Park.

THE LIONS MUST STRANGLE NEW ZEALAND WITH PINPOINT KICKING

Conor Murray and Johnny Sexton again kicked impeccably against the Maori. If the Lions are to stand any chance of knocking over the All Blacks, that duo must be inch-perfect kicking out of hand. So too Farrell if he features as the All Blacks will punish anything loose. But also that accuracy remains perhaps the Lions' strongest suit. The tourists were able to layer pressure upon pressure with their unstinting accuracy against the Maori. New Zealand are adept at fending that off, but another peerless kicking approach from Murray and Sexton next week could tee up a compelling contest.