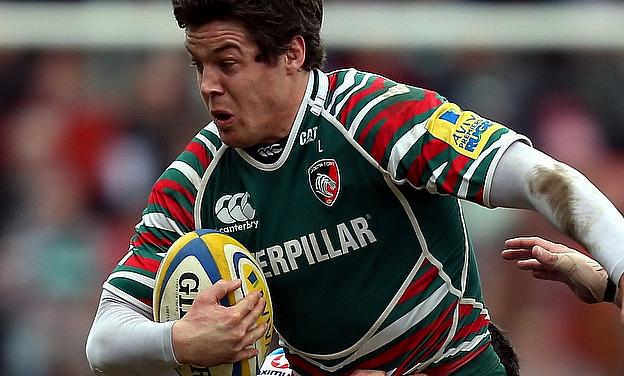 Former England centre Anthony Allen has been forced to retire "at the peak of his career" aged just 28 after long-running knee problems.

The ex-Gloucester midfielder made 124 appearances for Leicester after making the switch from Kingsholm in 2009.

Allen won his two England caps while at Gloucester in 2006, but forced his way into Stuart Lancaster's thoughts through highly consistent displays with Leicester, touring South Africa in 2012.

"Anthony has been a great success as a Leicester player, becoming one of the most consistent and influential players in the Aviva Premiership during his six seasons with the club," said Leicester rugby director Richard Cockerill.

"He has always been appreciated by team-mates and coaches here for his work at the core of the team, as well as for his individual ability.

"He has also played a big role in helping the development of young players like Manu Tuilagi and Owen Williams alongside him in the backline.

"It is extremely disappointing for him and for the club that he has been advised to retire from playing at such a young age and at the peak of his career.

"Anthony has an excellent understanding of the game and we hope to be able to use that knowledge within the club in the future."

Allen made 11 appearances in what became his final Premiership campaign, his last match coming in January against Harlequins.

"It is very disappointing for any professional when they realise they have reached the end of their playing career and I obviously did not expect to play my last game at such a young age," said Allen.

"But it is something I have had to come to terms with after rehabbing a knee problem for much of last season.

"I've played alongside and against so many great players, I played in five Premiership finals with Gloucester and Leicester, played for my country and have shared in many massive occasions in 10 years as a player.

"Last but not least, all the supporters at both Gloucester and Leicester Tigers have always been amazing to me and I will hugely miss running out on to the pitch every weekend."