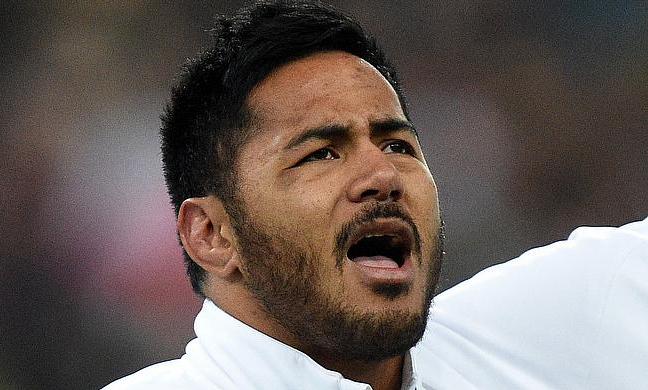 France make one change for Six Nations game against Scotland
Josh Adams and Taulupe Faletau return to Wales XV for England game
Manu Tuilagi and Courtney Lawes to start for England against Wales
Tommy Seymour Exclusive: “They are all phenomenal - they give Scotland a completely different set of weaponry"

On Thursday, Manu Tuilagi was one of four changes to Eddie Jones’ England squad to take on Wales at Twickenham.

But as the night set in, the 30-year-old centre was forced to withdraw from the squad with a low grade hamstring tear. He has since been replaced by Joe Marchant in the England squad, the Harlequins man having earlier been named to take on Worcester Warriors in the Gallagher Premiership on Friday night.

Other changes to the starting side included a return for Courtney Lawes to the back-row, the 33-year-old also resuming the captaincy that he held during the Autumn Nations Series, but has been unavailable so far during the Guinness Six Nations Series as a result of a concussion suffered in mid-January.

Luke Cowan-Dickie has replaced Jamie George as the starting hooker, whilst Kyle Sinckler will win his 50th cap, the Bristol Bears tighthead starting in place of Will Stuart.

Scrum-half, Ben Youngs, will become England men’s all-time leading appearance maker, the 32-year-old set to win his 115th cap for his country from the bench, with Harry Randall starting ahead of the veteran.

Taking on a Wales team that have also been able to introduce Taulupe Faletau back into the fold, it is set to be a titanic encounter at Twickenham on Saturday afternoon, a clash that will have a huge bearing on each team’s competitiveness in the competition.

When asked about Manu Tuilagi on Thursday, Eddie Jones described the inside centre as a "gain line accumulator".

At 30, you almost think that if it weren’t for injury, Tuilagi would have close to 100 caps to his name at this point, but instead he has just 46. Part of the frustration with the former Tigers man is that, when available, there is an instant expectation that he should be picked.

This comes, ironically, two times a year; during the Six Nations and ahead of the end-of-year internationals. Offering more than just a crash ball option, Tuilagi is a more than capable distributor of the ball, with an ability to bring more of his teammates into the game, as well as being a steadfast defender.

Consistently, his opposition have found little way of containing the Samoa-born international, who won one cap for the British and Irish Lions all the way back in 2013.

Part of the problem is that no one else in England offers anything remotely close to what Tuilagi does. He has, and always will be, one of the most unique players in English rugby history, but there is rarely a plan B.

Saying that before his star man was forced to withdraw from the squad, Joe Marchant has since been called back into the squad, the official change to the match day squad to be confirmed on Saturday.

This disruption will have no doubt inherently changed the way in which England were hoping to play this weekend, with Wales packing far more of a punch in the midfield with Nick Tompkins and Owen Watkin the two men selected by Wayne Pivac to take England in West London.

When Owen Farrell was unavailable in the Autumn Nations Series, it was Courtney Lawes that led England.

Having been unable to be selected as a result of working through the head injury return protocols, the 33-year-old will take back his place in the England back-row, playing alongside Tom Curry and Alex Dombrandt.

Lawes’ qualities are there for all to see, the Northampton man’s efforts a major part of the successes that England experienced when picking up wins against Tonga and South Africa.

“Always remember watching him for England, he was like this torpedo that would come out of the line and drill people,” Jones said. “That was the most significant part of his game.

“When I first got here, I must admit, I wasn’t that impressed by him. His attitude was pretty laidback, he had a lot of injuries, didn’t train much and he had to come to understand what we require in the team, and he has done brilliantly.

“I couldn’t fault his dedication and his discipline now. He knows his body, looks after his body well, he is committed to be the best player he can be, but he hasn’t changed as a person, which is fantastic.”

Having turned 33 on Wednesday, Lawes’ importance to Jones has continually grown as the years have gone by, and the two-time British and Irish Lion’s physicality has been missing for England in the opening two games.

Unavailable for selection since mid-January, it will be the first time in the history of Anglo-Welsh encounters that two players from the same club side will captain their nations against one another, with Dan Biggar skippering the visiting side.

For the first time in our 142-year history, two Saints will face off as Captains of their countries ?? pic.twitter.com/GDkHXJbVOb

Similarly to the Autumn, Lawes hasn’t got too much game time under his belt in recent weeks. Not playing since a game with Ulster just over a month ago, Jones didn’t show any concern about his captain’s preparations for this weekend.

“He has had a pretty solid preparation for the game,” Jones said. “The one thing we know about Courtney; he tends to play well fresh out of the paddock.

“That’s our experience with him. Because he has got a unique body – he is fast twitch, but he is tall and skinny – so it is easy to get the work into him, which has happened, and we believe he will be able to play a significant role in the game.”

Starting at scrum-half is Bristol Bears’ Harry Randall. At 24, the Amman Valley raised back played well against Italy last time out, and in some ways is a surprise selection to start this game, with Ben Youngs acting as his support.

The reasons for which are simple, with Youngs having been much the preferred option under Jones since the Australian took charge at Twickenham in 2016.

Not just that, but due to win his 115th cap for England and surpass Jason Leonard’s longstanding appearances record for the men’s national team.

When asked why Randall was selected ahead of Youngs, it is revealed that it is the former Hartpury student’s speed of play that he finds himself in the starting side.

“We want to put some pace into the game early,” Jones said. “We feel like there will be some opportunities against Wales early in the fame, and Harry each week has been in increasingly better form.

“He is sharp around the ruck; he gives us a bit of that instinctiveness to take quick-taps and run quickly. Then, the converse of that is that we have got Ben Youngs to finish the game, and as we just said, these games tend to go to the wire.

“It is almost a narrative that is built into a Wales-England contest, they are going down to the wire, and it is going to be [won] in the last 20.

“Imagine having a half-back of 115 caps in the best form of his career coming on to manage that last 20 minutes.”