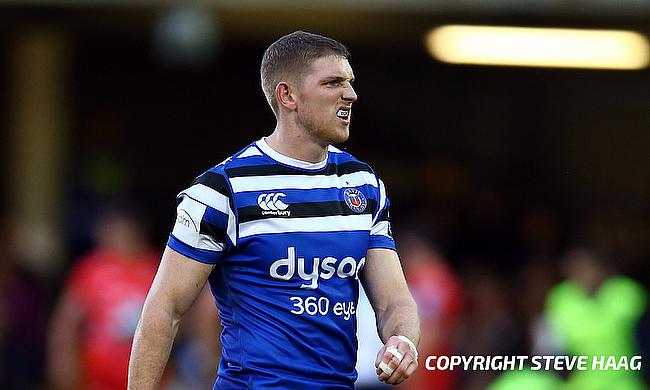 A late penalty try proved decisive as Wasps edged out Bath Rugby 23-27 in the 18th round of the Gallagher Premiership at Recreation Ground on Monday.

Bath had a lead of 23-20 with five minutes left in the game and thats when Sam Underhill was yellow-carded for bringing down a maul illegally and the visitors were awarded a penalty try as well to complete a thrilling win.

The win has taken Wasps to fourth position in the table with 47 points while Bath are at fifth place with 45 points.

It took Bath just two minutes to score the opening try when a fumble by Malakai Fekitoa allowed Ruaridh McConnochie to go over the line in the second minute and Rhys Priestland kicked the conversion to make it 7-0.

As Wasps had Thomas Young failing a head injury assessment following a collision, Priestland kicked two more penalties to amke it 13-0 before Lima Sopoaga got off the mark with a 13th minute penalty kick.

Injuries looked to hamper Wasps as Lima Sopoaga and Tommy Taylor also had injury blows but they reduced the arrears in the 27th minute when Jacob Umaga scored a converted try and followed with a penalty goal at the stroke of half-time making the scoreline 13-13 at the end of the opening half.

Priestland's penalty kick at the start of the second half helped Stuart Hooper's men get a three-point lead but it was short-lived as Tom West crashed over the line in the 57th minute and Umaga improved it making it 16-20.

Just as Bath thought they had the game in control with Walker's try in the 67th minute, the penalty try in the end helped Wasps complete their ninth victory.