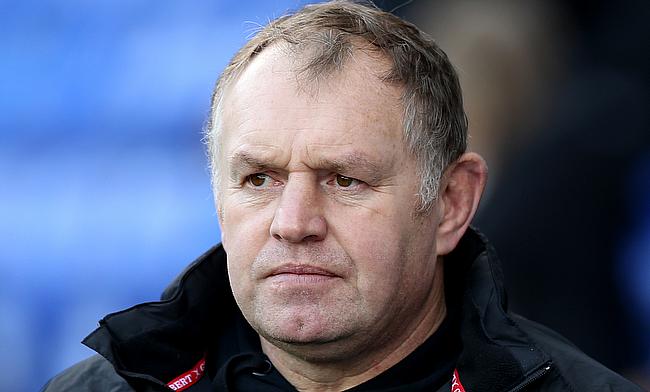 Dean Richards' Newcastle hung on for victory over Bristol
©PA

Newcastle Falcons survived a spirited second half performance from Bristol to win their Aviva Premiership encounter by 19-14 at Kingston Park on Saturday.

It was all Newcastle Falcons in the first 40 minutes as centre Juan Pablo Socino (4'), flanker Will Welch (14') and replacement Joel Hodgson (31') scored tries while fly-half Mike Delany converted two out of it to take Dean Richards' men to 19-0 at half time.

However, the Falcons looked bit sloppy in the second half and Bristol made full use of it with replacement Jon Fisher and Mitch Eadie crossing over while Jordan Williams and replacement fly-half Adrian Jarvis added a conversion each to bring down the gap to five points.

Hodgson and Delany missed a penalty each in the second half which could have stretched the Newcastle Falcons' lead. In the end both the teams ended with 14 players each side as Newcastle's Alex Rogers and Bristol's Gaston Cortes' were sin-binned in the 75th minute as the home side managed to get away with a 19-14 victory.

Meanwhile, Richards expressed frustration at the second half performance of Newcastle Falcons which had almost costed them the game.

"If you'd asked me 15 minutes before kick off would I take a 19-14 win the answer would have been yes, but I'm sitting here now slightly frustrated and so is the team.

"We're in the top half of the Premiership with three wins and a couple of losing bonus points but we do have a lot of injuries to key players and were a little frustrated rather than happy.

"We played so well in the first half and could have scored two or three more tries and we could have done with those in the second half because we took our foot off the gas.

"They had two chances and took them both and our kicking went off a little and that was probably the root cause of the problem. I never thought we would ever lose but we could well have thrown it away."