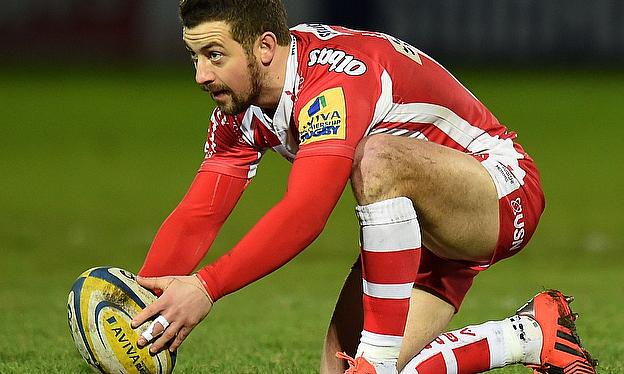 Scotland captain Greig Laidlaw admits it will feel "a little bit strange" when he goes into European Challenge Cup final battle against his former team.

Laidlaw, a mainstay of the Edinburgh side for several seasons, will be in Gloucester colours at the Twickenham Stoop on Friday night.

After joining the Aviva Premiership club last summer, he has rapidly become an integral part of a new-look squad that also features his fellow international arrivals James Hook, Richard Hibbard and John Afoa.

And Laidlaw is determined to halt Edinburgh's history-making bid - no Scottish team has ever won a European final - firmly in its tracks.

"I came to Gloucester to get the chance to play in games like this," he said.

"Ironically, it is against Edinburgh, but regardless of the result, it was the right direction for my career. I play for Gloucester, my family will be supporting Gloucester and I want Gloucester to win.

"It will be a little bit strange at the start of the game, but once it kicks-off it will be just like any other, but it is a big game and occasion."

Laidlaw's knowledge of the Edinburgh players has proved invaluable during Gloucester's build-up in their quest for a first European trophy since they were crowned Challenge Cup winners nine years ago following an enthralling extra-time triumph against London Irish.

And his head-to-head battle with Edinburgh number nine Sam Hidalgo-Clyne, Laidlaw's current Scotland scrum-half understudy, could go some way towards deciding the contest.

"I've tried to pass on a few bits of information about how certain players play at Edinburgh," Laidlaw added.

"The forward battle is going to be key to who wins the game, and we know that Alan Solomons (Edinburgh head coach) will have Edinburgh fired up. He has really taken the team on this season.

"We have improved loads as the season has gone on. We are getting to know each other, and we've played our best rugby in Europe.

"People have been talking about Sam and our rivalry. He has been playing well, he has taken his opportunity and it just goes to show what can happen when talented youngsters get a chance to have a run in a side.

"He obviously has aspirations to play for Scotland, but so do I.

"He is certainly pushing me, which is great, but I feel as though I have played well in Europe for Gloucester this season, and I want to emulate that on Friday night.

"One-on-one battles are always good to see and good to play in. It's an opportunity I like - there has been a lot of noise about it - and I am concentrating on my part. I want to win things just as much as the next man."

As expected, Tonga international Sione Kalamafoni has not recovered in time from a leg injury, so Ross Moriarty forms the Gloucester back-row alongside Matt Kvesic and Gareth Evans.

Billy Meakes, meanwhile, continues his midfield partnership with skipper Billy Twelvetrees, and Charlie Sharples continues at full-back, with Jonny May and Henry Purdy on the wings.

Gloucester rugby director David Humphreys said: "We are coming into what is the biggest game of the season for us.

"With the group of players we have and the management that have come in, we all want to be involved in successful teams, playing in cup finals, winning trophies.

"We probably didn't expect to get to this stage this year, but we know the quality that is within this group and, on its day, this team can compete with anybody. Being involved in the final is great, but we want to win the final."