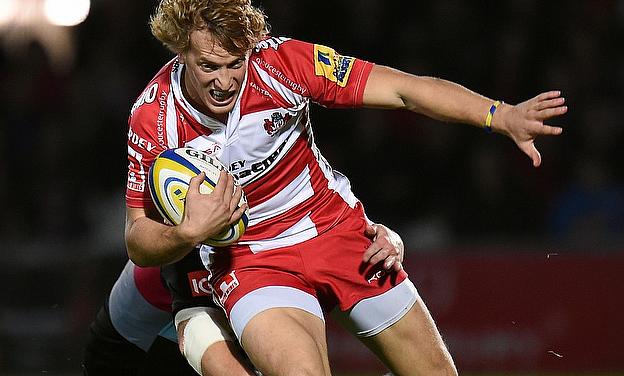 Saints will arrive in the west country after losing just three from 16 league games this season and having already reached 60 points.

And Fisher said: "It's going to be tough, whatever way you look at it. But it really is about focussing on our game.

"I don't think you can look too hard at Northampton. You know what they will bring.

"If you shut down one component of their game, they can switch to attacking you somewhere else. So we need to get our motivation, energy levels, execution and understanding of our game right."

"They provide good leadership around the place, there has been a good vibe and they've been integral to a good week's training."

"There are an awful lot of things we have to contend with going down there," Dickson said.

"First off, you always have a very passionate Gloucester crowd, and then they will have a number of international players returning as well.

"It is always a challenge at Kingsholm, and after going there last year and getting beaten we have to make sure we right those wrongs.

"We want to go in with a positive mindset to play and make sure we enjoy ourselves down there as well, because you don't want to get too carried away with going away from home and trying to shut up shop.

"The last couple of weeks, like against Bath, we've really tried to go places and express ourselves, as that is the best possible way to win games."

While Northampton march on, the race for play-off places behind them has become a gripping one, with realistically six clubs - Saracens, Exeter, Wasps, Bath, Leicester and Sale Sharks - scrapping for three qualification spots.

Exeter should claim five more points in their play-off quest when they host hapless London Welsh on Saturday, with Welsh effectively being confirmed as the Premiership's 12th and last-placed finishers if they lose and Newcastle beat Leicester 24 hours later.

"It is a massive game for us, especially on the back of three wins, so it's hugely important we now back it up with another," Exeter assistant coach Ali Hepher said

"We've had another good week in training and we will go full-bore at this game.

"There is still lots of work to do. The rest of the Premiership season will be tough, and we've got a tough run-in ourselves, but we are excited at what lies ahead.

"How we fare is ultimately in our own hands because there are lots of opportunities to be got, but we're in good form and good spirits,"

The Exiles, meanwhile, are still chasing their first victory of what has been a miserable season, with Bristol or Worcester looking set to replace them in English rugby's top-flight next term.

"Every loss is painful - you never get used to losing," London Welsh coach Matthew Ferguson said.

"As professional sportsmen across the board, getting used to losing is not what we are about. That drives you to work hard to ensure it stops.

"And that's what we're backing ourselves for at the moment.

"The mindset is 'let's get this elusive first league victory'. That is far more important than thinking about what happens if we don't win."

Elsewhere on Saturday, Harlequins host London Irish, while Leicester's trip to Kingston Park apart, Sunday's Premiership action sees play-off rivals Wasps and Saracens clash at the Ricoh Arena, where victory for either side would keep them firmly in the top-four mix.