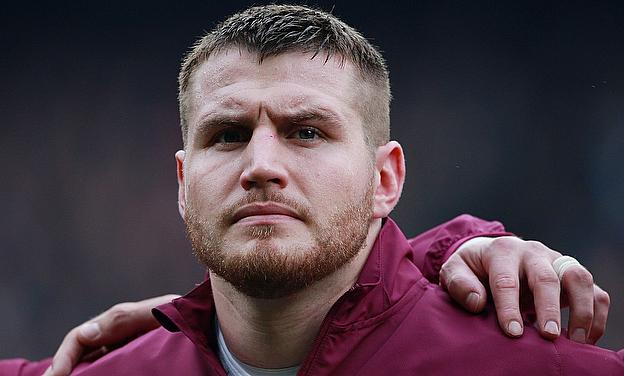 England international Ben Morgan has delivered an encouraging fitness bulletin as he continues to recover from a season-ending injury and retain the hope of keeping alive his World Cup dream.

The Gloucester number eight has not played since breaking his left leg during an Aviva Premiership game against Saracens in early January.

But the signs suggest he is on course to play a part during England's World Cup warm-up period ahead of the tournament kicking off in mid-September.

Morgan last featured for England when he scored two tries during their victory over Australia five months ago. Injury then struck, and he missed the entire RBS 6 Nations campaign as a result.

The 26-year-old, though, remains an integral part of England boss Stuart Lancaster's World Cup plans, and the current prognosis is a good one after Morgan recently underwent final surgery to remove a pin from his leg.

"To be honest, I have not found this difficult at all," said 27 times-capped Morgan, after watching his Gloucester colleagues continue their preparations for Friday night's European Challenge Cup final against Edinburgh.

"I am really positive and using this as a great experience to make myself better for when I come back. Who else gets six months off to rest up and train hard?

"Yes, I will be at a disadvantage in terms of the fact I haven't played any rugby.

"But looking at the World Cup in particular, there will be lads who wouldn't have played for probably two and a bit months going into the first (warm-up) game, so everyone is going to be on an equal playing field.

"Things are going well at the moment. I am just trying to make sure I get back healthy when I come back.

"I have a lot of strengthening to do around my legs - in the early stages you don't want to rush that. When things strengthen up, that's when I can start chucking some serious tin around.

"I had an operation last week. It is a case of seeing if things affect my ankle, and if they don't, then I can do them again.

Lancaster is due to name a 45-man World Cup training squad next month, followed by his final 31-man group for the tournament in late August.

Reflecting on the injury, Morgan added: "It was tough, but it was one of those things. It happens - deal with it.

"If I start thinking about what I missed out on, I'm just going to become negative. I have this mindset going forward about living the law of attraction.

"It is basically positivity breeds positivity. If you get that positive mindset, you attract everything into your life that is positive. I'm thinking of this as a positive experience.

"I can get bigger, better, faster, stronger and improve myself as a player before I come back. I can use this to my advantage. Otherwise I could sit there and fester and get fat, lazy and never come back.

"I sat in the hospital and thought to myself 'okay, it's done. How long is it going to take me to get back?'"

"Ideally, I would like to be back playing in those warm-up games because that gives me a shot of getting in the squad.

"There are so many variables about what can happen, though.

"I might get a couple of months down the line and think that realistically I'm not going to get back, so think about next season instead. I have to look after myself.

"Yes, I desperately want to get back and put myself in contention, but I'm not going to do anything that is detrimental to my health.

"Right at this moment, I am in a great place."