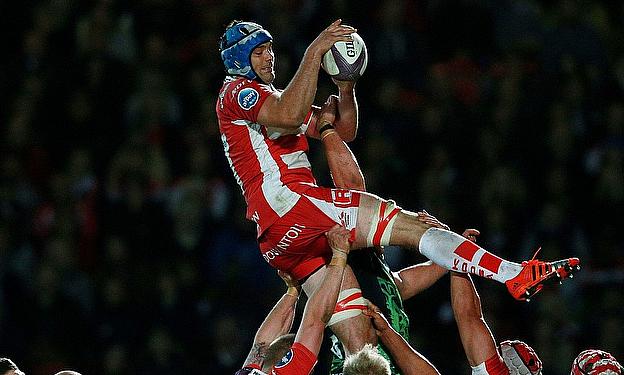 Gloucester have been fined £5,000 and handed a suspended two-point deduction for fielding an incorrectly registered player in Mariano Galarza.

The panel ruled the breach "an administrative error" and suspended the points deduction until the end of the 2016-17 season.

Galarza joined Gloucester from Worcester last summer but only made his club debut in March owing to long-term shoulder trouble.

The 28-year-old's registration problems were only picked up after his first outing for the Cherry and Whites, who accepted the disciplinary panel's decision.

Chairman Jeremy Summers imposed the immediately-payable fine, then explained "circumstances specific to this case" led the independent panel to suspend the points deduction.

"The recommended sanction for a breach such as here, which involved an administrative error as opposed to an attempt to gain a competitive advantage, is a deduction of two league points," said Summers.

"The Panel felt that there were circumstances specific to this case which meant it was appropriate to suspend that deduction.

"However, should there be another breach of relevant regulations before the end of the 2016-17 season the deduction will be imposed in addition to any other sanction required at the time."

Chairman Summers was joined by Bonike Erinle and Robert Horner on the panel, leaving Gloucester to react to the findings with a short statement.

"Gloucester Rugby accept the findings of the panel and would like to thank the panel for their considered hearing of the matter and verdict," the statement said.

"The club now considers the matter to be closed and will be making no further comment."