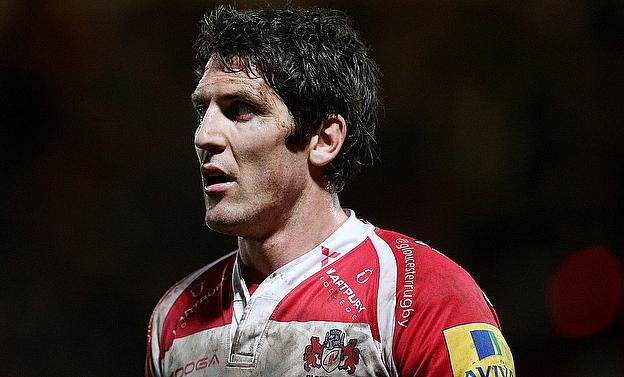 Gloucester became the first side through to the European Challenge Cup semi-finals after a 14-7 win over Connacht in a dour game at Kingsholm.

The semi-final draw has given Gloucester a home tie, where they will face the winners of tomorrow's Exeter v Newcastle game at Sandy Park.

Gloucester made five changes after last week's disappointing performance at Sale. Laidlaw, Meakes and Steve McColl returned to the back division in place of Callum Braley, Brendan Macken and Billy Burns. In the pack, Dan Murphy and Gareth Evans were both recalled.

Both teams made a cautious opening as they bombarded each other with up and unders before Carty made two kicking errors which gave Gloucester a platform in the opposition half.

However the hosts couldn't capitalise as they conceded a penalty for a scrummage offence, which allowed their opponents to temporarily relieve the pressure.

The Irish side then lost two line-outs in quick succession, which again gave Gloucester an advantage, but this time Billy Twelvetrees knocked on as both teams struggled to get any fluency into their game.

The first sustained period of pressure for either side came after 16 minutes when Sione Kalamafoni, Tom Palmer and Meakes all made dents in the visitors' defence. Sharples was given a chance but he was forced into touch 10 metres from the try-line, so the game remained scoreless at the end of the first quarter.

A minute later, Gloucester were ahead. Hook fielded a clearance kick to neatly evade a couple of defenders. The outside half put McColl in space before the full back provided Sharples with an easy run in for the try, which Laidlaw converted.

Just after the half hour, a dominant Gloucester extended their lead with Hook again the architect. This time the Welshman expertly chipped ahead for Meakes to collect and score. Laidlaw converted for a 14-0 interval lead.

Despite playing with wind advantage in the first half, Connacht never threatened and were dealt a blow when All Black Muliaina left the field with an injury just before half-time.

After the restart the visitors had their best period of the match to pin Gloucester in their own half for the first 10 minutes. The Irish impressed with a couple of driving line-outs and had a chance to open their account, but they declined a kickable penalty in favour of a more attacking option but they failed to take advantage.

Connacht gave a better account in the third quarter but they lacked any attacking flair to break down a stubborn home defence.

Gloucester who had the next real chance for a score but Laidlaw was off target with a penalty.

After 65 minutes Connacht came back into the game when a driving line-out saw the home side offend for a penalty try to be awarded with Carty converting.

Connacht pushed for the converted try which would have brought them level, but the home side held firm to progress.