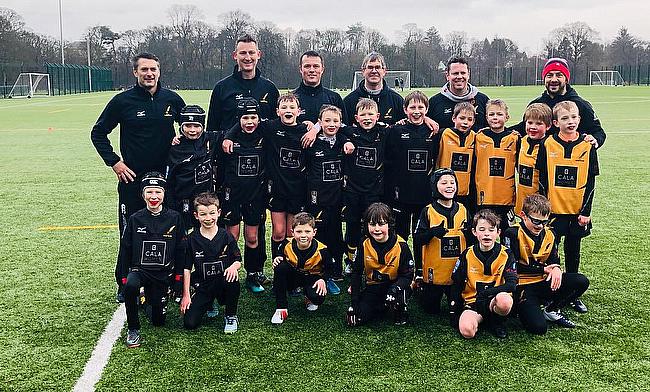 We all remember that moment as a youngster when a rugby star came to our school or club and was on hand to give us tips and sign autographs.

It helped get us hooked on the sport that we all love to this day and it is great to see that events like this are still happening in the modern era - certainly not many boys and girls from the Currie Chieftains mini section will forget last Sunday in a hurry.

That is because it was the day that - despite having played a Top 14 match in France the day before and having just flown back to Scotland that morning to prepare for the rest of the Guinness Six Nations - men’s national team skipper Greig Laidlaw was at the Malleny Park ground on the outskirts of Edinburgh.

Coming from a strong community club in the shape of Jed-Forest himself scrum-half Laidlaw, the 33-year-old who is set to win his 69th Scotland cap in the Stade de France against France on Saturday, knows just how important role models are and he certainly got the kids and their parents talking.

Scott Gammie, the head of mini rugby at the Chieftains, told TRU: “Greig is friendly with someone I know so we got in touch and were keen to get him down at some point should his schedule ever allow.

“He had played on the Saturday in France [Clermont defeated Bordeaux with the ever-reliable Laidlaw contributing 20 points with the boot] and he was flying back into Edinburgh on the Sunday morning to join up with the Scotland guys.

“We managed to pick him up from the airport and get him down to the club by about 11am where he quickly pulled his boots on and just got involved which was brilliant of him. 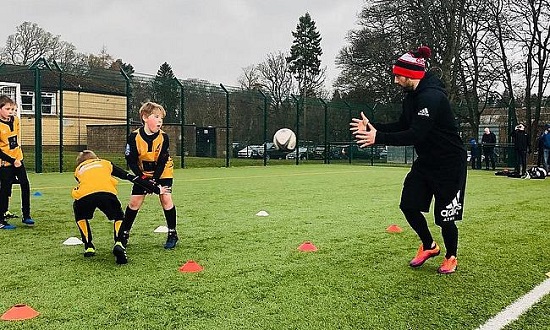 “At that stage, the primary one age group had just finished their session, but some of them managed to grab quick photos with him and then he played his part in all of the sessions that ran for the primary two to the primary seven group.

“He went around all of the stations doing games of touch, getting involved in some of the drills, doing ‘two v ones’ and offering words of wisdom and then he took time to head back to the clubhouse and sign strips and balls.

“Some of the kids are obviously pretty young and may not know who he is, but for the older ones, they were quite starstruck as were a lot of the parents who were present!

“Often on a wet Sunday morning only the hardy parents will stay out and watch training, but this time there were more people than usual around and Greig took time to chat to everyone, it created a real buzz.

“Everyone loved it and I think everyone will now be glued to the TV on Saturday afternoon saying ‘I know that guy!’

“It was a great boost for our mini section which is going from strength to strength just now and has 182 kids registered and when you think that we sometimes get guys like Matt Scott, Dougie Fife, Blair Kinghorn, Luke Crosbie and Charlie Shiel [who all came through the ranks at Currie] down to present end of season prizes and the like, then it really gives these youngsters something to aspire too.”

And if honorary ‘Chieftain’ Laidlaw can lead his men to victory at the weekend in Paris in round three of the Six Nations, there is no doubt that some of the loudest cheers will be heard in the Currie and Balerno areas of the Scottish capital amongst his new group of friends…