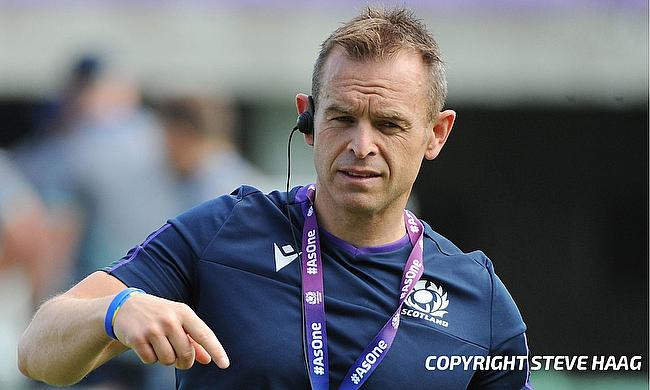 Glasgow Warriors have announced that Scotland international Kyle Steyn has signed a contract extension with the club.

Born in Johannesburg, Steyn made his club debut with Griquas in 2017 before making a switch to Glasgow Warriors in 2019. He was part of the Glasgow squad that reached the 2019 Guinness PRO14 Final at Celtic Park.

His efforts on and off the field saw him named as the recipient of the 2020/21 The Famous Grouse Coaches Award, in recognition of his drive to return to rugby and the form in which he returned to Glasgow colours.

The 27-year-old also featured 11 times for the club this time scoring two tries. Having made his international debut for Scotland in March 2020 after qualifying to represent them through his mother and had featured in three Tests.

“I’m loving my rugby right now, and I love the community feel to both this club and to Glasgow as a city. My fiancée and I are both really settled here and it was a pretty easy decision to stay.

“I still feel like there’s a lot more to come from me, especially in attack. It’s been great to get back to a steady run of games and being involved with the boys, and to play in some pretty big games as well. I’m certainly not taking any of it for granted, though, and I always feel privileged to be selected for this club.

“We’ve got a big opportunity to develop as a group of players – this is a really talented group who I think can do some great things, and that all starts with a massive game against La Rochelle this weekend.”