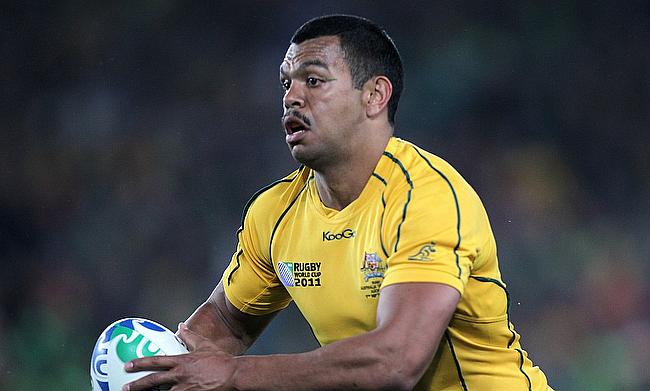 Veteran utility back Kurtley Beale is hoping to use the upcoming Autumn Nations Series campaign with Australia to claim a berth in the 2023 World Cup to be played in France.

Beale was overlooked in the initial squad of the Wallabies by head coach Dave Rennie but with Samu Kerevi and Quade Cooper pulling out due to their commitment in Japan, the 32-year-old was recalled for the clashes against Scotland, England and Wales.

“Dave gave me a call, I didn’t see it coming but I’m excited to be here,” he said.

“I still felt that individually I could still add [to the group].

“I’m playing at Racing at the moment surrounded by some really good international players.

“So my hunger is still there to grow and to push myself against the best.

“Obviously with the Rugby World Cup in France in 2023, it’s still a goal of mine and it (the Wallabies) is something I want to be a part of.”

Beale if selected in the 2023 showpiece event, it will be his fourth World Cup for Australia which will see him level George Gregan and Adam Ashley-Cooper.

With 92 Test caps to his name, Beale said he was inspired by the return of Kerevi and Cooper which came after Rugby Australia relaxed the 'Giteau law'.

“Being away from this environment you miss home a bit and you realise how special the Wallabies jersey is.

“There’s a real brotherhood here. I haven’t used that word in a while but it does really feel like you’re in a family environment.

“There’s a lot of respect thrown around and it’s been a great opportunity for the new group to build their own identity.”