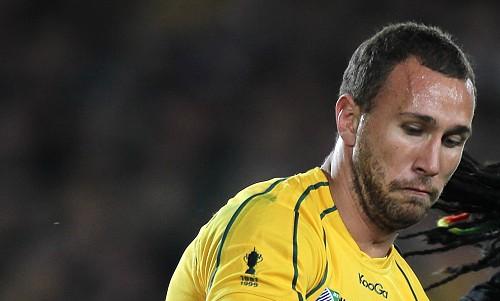 Australia kick-started the end of the year tour with a victory as they defeated Japan 32-23 in Oita on Saturday.

The Wallabies got the score underway in the 7th minute when Quade Cooper breached the defence of Japan and offloaded to Tom Wright for the opening try and the veteran fly-half also followed with the conversion making it 0-7.

However, they suffered an injury setback in the 13th minute with Reece Hodge leaving the field with a shoulder injury and shortly Rikiya Matsuda landed a penalty to start the proceedings for the Brave Blossoms.

The 26th minute saw Australia score their second try as Jordan Petaia capitalised on a pass from Andrew Kellaway and Cooper to dot down and once again Cooper kicked the extras extending their lead to 3-14.

Japan's opening try came around the half-hour mark when a crossfield kick from Matsuda allowed Lomano Lemeki to dot down and the fly-half also kicked the conversion as the gap between the sides came down to four points.

The final few minutes of the opening half saw Matsuda and Cooper exchange penalties as the scoreline became 13-17 heading into the break.

Dave Rennie's men were the quickest to get off the block in the second half with Taniela Tupou collecting an inside pass from Folau Fainga'a to touchdown but the conversion went wide and in the 50th minute Japan lost Lomano Lemeki to sin bin for a no-arms tackle on Hunter Paisami.

With the numerical advantage on their side, Australia stretched their lead further with Robert Leota diving over in the 52nd minute but the conversion went wide as the scoreline became 13-27. Japan looked to claw their way back into the game with their second try from Nakamura in the 57th minute and Yu Tamura kicked with the conversion and Matsuda followed with a penalty in the 74th minute making it 23-27 as the game headed into the closing stage.

Nevertheless, the decisive moment came in the final minute with Connal Mcinerney dived over at the back of a line out to seal a nine point victory for the Wallabies.