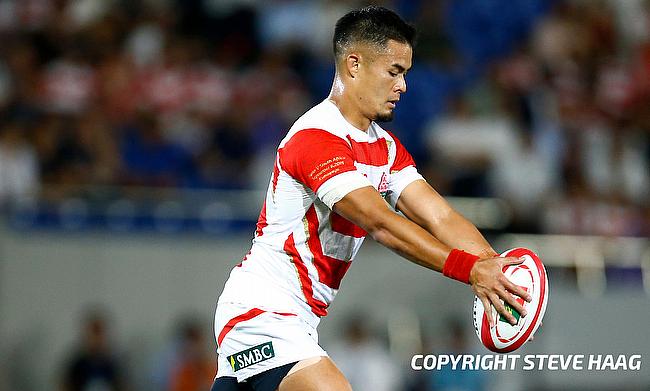 Japan flanker Ben Gunter feels the Brave Blossoms can be competitive if they are given a chance to compete in the Rugby Championship tournament following their spirited performance against Australia in Oita on Saturday.

Gunter moved to Australia during his youth career and signed a senior contract with Japanese club Panasonic Wild Knights in 2016. He went on to make his national debut for Japan in place of former captain Michael Leitch and saw his side came close to defeating the Wallabies but eventually lost the encounter with a 23-32 margin.

While Tom Wright and Jordan Petaia scored first half tries for the Wallabies, Lomano Lemeki crossed over for the Brave Blossoms as the opening half ended with a 13-17 lead in favour of Dave Rennie's men.

Japan's chance were dented by Lemeki sin-binned in the 50th minute but Ryoto Nakamura's try meant the game entered the closing stage with a 23-27 margin before Connal Mcinerney's touchdown saw Australia start the end of the year tour with a win.

“One hundred percent, mate,” Gunter responded on Japan wanting to be part of the Rugby Championship.

“Obviously we didn’t get the result that we wanted but it shows that the Japanese level of rugby now is very competitive.

“Like, we are taking it to tier-one teams. We don’t look at them as though they’re going to smash us. We look at them as like we can beat these teams week in, week out.”

Currently New Zealand, Australia, South Africa and Argentina are part of the Rugby Championship with the Springboks committed to the competition until at least 2030. Gunter feels Japan has the potential to compete in the competition as shown in the game against Australia and also in the 2019 World Cup where they reached the quarter-finals.

“The other thing is, too, we play very exciting rugby,” Gunter said.

“We like to keep the ball in play and I think that’s what fans want to see.

“They want to see the ball in play, non-structured rugby, offloads, the kicking game.

“So 100 percent Japan can easily compete with these teams at that level so they should be invited to those championship games and stuff.

“If you ask anybody, mate, everyone’s keen to see the Japanese style of rugby.”