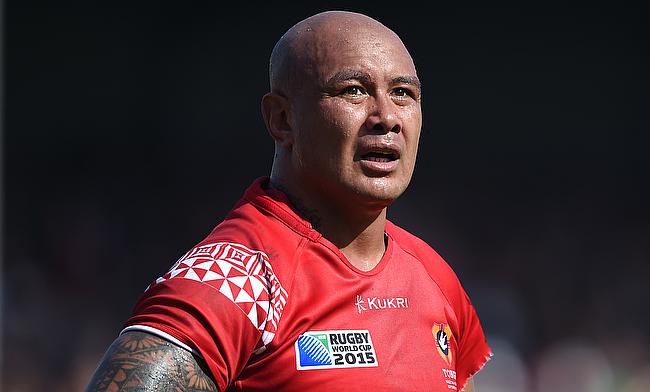 Newcastle Falcons have been dealt a major blow ahead of the upcoming Aviva Premiership season with Tonga international Nili Latu sidelined until December with a knee injury.

The 34-year-old flanker sustained the injury during his stint in the Pacific Nations Cup in June. Latu has played for Tonga in 52 Tests between 2006 and 2016 and also captained the national team in the 2015 World Cup.

He joined the Falcons in 2015 and has played 18 games in the Aviva Premiership during which he scored nine tries.

Confirming the news, director of rugby at Newcastle Falcons Dean Richards said that he is disappointed at losing a player of Latu's calibre for a lengthy period and is hopeful of his replacement making the opportunity count.

"His likely return to playing is five months from now.

"Obviously it is a disappointing blow to lose a player of Nili's quality for that length of time, but at the same time it is an opportunity for other guys.

"We have a lot of players coming through - Harrison Orr has joined us and made a very good first impression - but with David Tameilau not yet here from America, there is no denying it has left us a little bit short in the back-row."

After finishing 11th in the 2015/16 Aviva Premiership season, Newcastle Falcons will begin their upcoming season with a home fixture against the Sale Sharks on 2nd September.