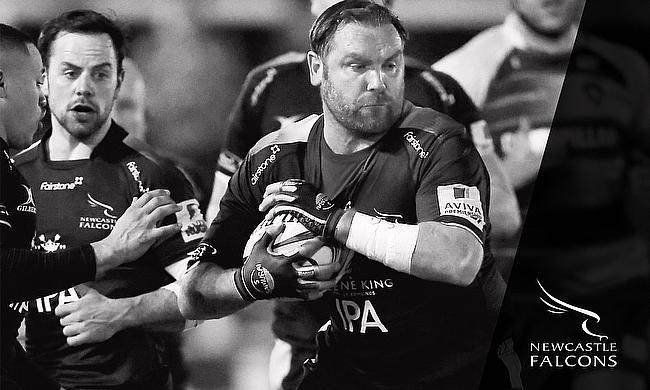 The relegation battle in the Aviva Premiership is really starting to heat up, with London Irish, Newcastle Falcons and Worcester Warriors all involved in a tense race for Premiership survival.

Everyone will have their own idea of who they would rather see relegated to the Greene King IPA Championship, but one team that should receive plenty of neutral support is the Falcons.

The club is certainly one on the up and, crucially, one of just two top tier teams in the north of the country. With Sale Sharks set to lose Danny Cipriani and Tommy Taylor, amongst others, at the end of the season, Newcastle may soon be in the position of being the north’s flagship rugby union club.

Unlike Sale, Newcastle don’t have to deal with a plethora of rugby league clubs on their doorstep. The nearest Super League club to Newcastle is Leeds Rhinos, meaning the Falcons still offer rugby union its best chance of gaining a significant foothold in the rugby league heartland that is the north.

Newcastle also purchased their stadium, Kingston Park, last year and are now enjoying the benefits of increasing attendances. In the 2013/14 season, Newcastle averaged an attendance of just 5,136 in the Premiership, but saw that rise to 6,596 in the 2014/15 season.

The rise in crowds coincided with the adoption of a plastic pitch at Kingston Park and there is little doubt that Newcastle have become a more exciting and ambitious side to watch since that has happened. It was a decision which was seen as a gamble by many, taking away Newcastle’s ability to grind out invaluable home wins in the oft terrible conditions of the north-east. Fortunately for Newcastle, London Welsh’s ineffectiveness last season gave them the breathing space they needed to adapt to this new style of rugby, without fear of relegation looming over them.

It’s the commitment to that style, and the resulting identity they have begun to forge, that has seen them, thus far, separate themselves from London Irish at the foot of the table.

Home-grown stars like Simon Hammersley, Chris Harris, George McGuigan and Will Welch have led the way for Newcastle this season, with youngsters such as Craig Willis and Callum Chick also being given the opportunity to showcase their abilities.

Losing London Irish or Worcester (or dare we say Bath?) would also bring plenty of negatives, but the potential macro effect on the sport in this country would certainly seem less egregious.

Tom Coventry has struggled to implement an identity at Irish thus far, albeit with plenty of injuries, instead seemingly adopting a more Super Rugby-like approach of long-term planning and patient development. That approach may well work out to be Irish’s ultimate gain, but it’s a risky one and shows his potential naivety to the rigours of a relegation battle.

An opportunity to clear the decks in the Championship and stamp a new style on Irish, particularly with their plethora of gifted academy prospects, could have the same beneficial effect that relegation did on Northampton Saints and Harlequins previously.

The reality is that there isn’t the financial backing at Newcastle that there is at Worcester or Irish, and their ability to withstand a stint in the Championship, both on and off the field, is a lot more questionable.

With rugby union’s prospects in the north patchy to say the best, keeping a northern club that owns its own stadium, has a productive academy and plays an attractive brand of rugby in the Premiership should be high on any neutral’s list of hopes for the league.