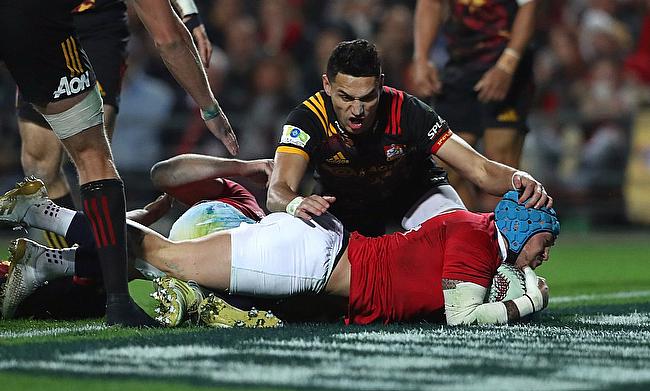 Jack Nowell scored a double as British and Irish Lions completed a convincing 6-34 win over Chiefs in the tour game at FMG Stadium Waikato on Tuesday.

Warren Gatland's men will next take on back to back World Champions New Zealand in the first Test in Auckland on Saturday and we take a look at five of the key points from the Tuesday's encounter against Chiefs.

The highly-skilled Wasps back made his intentions clear when he smashed into the Chiefs from kick-off, and he did not take a step back afterwards, always looking to run powerfully and into space. With Wales star George North currently not firing on all cylinders, Daly is set to spark some burning of the selectors' midnight oil and possibly claim a Test wing spot.

After successive midweek defeats against the Blues and Highlanders, the Lions were determined to avoid an unwanted hat-trick. And, while they did not hit top gear, it was a case of mission accomplished as Jack Nowell's try double, plus a penalty try and Jared Payne touchdown maintained impetus following last weekend's victory over the Maori before tackling the world champion All Blacks.

IT WAS HOME FROM HOME FOR LIONS HEAD COACH WARREN GATLAND

Hamilton-born former Waikato forward Gatland enjoyed a dream return to his former rugby stomping ground as everything went to plan for the tourists. The Lions' most comprehensive win of the New Zealand tour so far was never in doubt, underlining their dominance though an impressive second-half display. Gatland was afforded a terrific welcome, and his players did not let him down.

Lions supporters have been arriving in New Zealand in their droves during the past few days, underlining their presence by thronging the stands in Hamilton. Many more will appear throughout the rest of this week, and the effect of the Lions' 16th man cannot be underestimated as the players go into a first Test showdown against the mighty All Blacks.

ALL ROADS LEAD TO AUCKLAND

Lions tours are defined by the success - or otherwise - of Test matches, and after six games in venues from Whangarei to Dunedin, the really serious business will begin in just four days' time. The Lions' last New Zealand mission 12 years ago ended in a 3-0 Test series defeat as the rampant All Blacks ran in an aggregate of more than 100 points. While New Zealand are once again firm favourites, the Lions appear to be building nicely towards facing what is a colossal challenge.