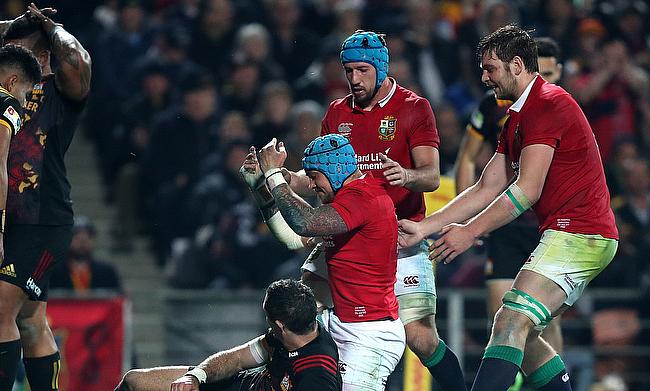 As the British and Irish Lions completed a comfortable 6-34 win over Chiefs in the tour game at FMG Stadium Waikato on Tuesday, we take a look at few of the key points and player rankings.

"Great to see #LionsTour2017 @lionsofficial playing with fluency. This type of play comes from 3 weeks on tour & playing for that famous badge," former Scotland and Lions centre Scott Hastings (@ScottHastings13) approves of a thumping win.

HERO OF THE MATCH

Nowell played himself back into Test match contention in a glorious return to form at Waikato Stadium. The nuggety Exeter wing arrived in New Zealand with the All Blacks in his sights only for his claim to suffer through a dismal outing against the Blues in the second fixture. Two well-taken tries against the Chiefs, however, have given him every chance of participating in the Test series at some point.

There was more pleasing news for the Lions in the previously misfiring back three department after Liam Williams and Elliot Daly produced eye-catching performances. George North, Anthony Watson and Leigh Halfpenny are likely to start the Eden Park opener against the All Blacks but should any of them be dropped or suffer injury, then Williams, Daly and Nowell have proved they are now ready to step in.

Warren Gatland's claim that New Zealand deliberately block opponents off the ball was intended to level the playing field for Saturday's first Test, but it has already had a positive impact. On two occasions the Chiefs were guilty of illegal obstruction and both incidents were punished by a penalty from Garces.

VILLAIN OF THE MATCH

Against a weakened Chiefs side missing their All Blacks it ultimately made little difference, but Joe Marler's 13th-minute off the ball shoulder charge on Nepo Laulala that resulted in a yellow card was a moment of indiscipline that could cost the Lions dear if it occurred in the Test series.