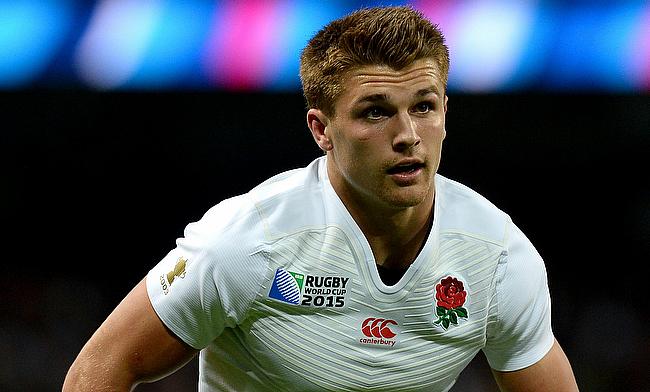 England kick-started their Six Nations 2019 campaign with an impressive 20-32 bonus point victory over champions Ireland at Aviva Stadium in Dublin on Saturday.

This is Ireland's first Six Nations defeat at Aviva Stadium in Dublin as Eddie Jones' men climbed to the second position in the table with the bonus point victory.

Ireland headed into the game with a lot of confidence after beating Wallabies 2-1 in the summer series last year followed with a successful autumn campaign that also saw them beat the All Blacks but the defeat at Aviva Stadium means Ireland's dream of consecutive Grand Slam has vanished in what will be Joe Schmidt's final Six Nations tournament with the side.

England just took two minutes to kick-start the proceedings after a build up from Manu Tuilagi found Owen Farrell, who kicked a long pass to Elliot Daly and the fullback offloaded to Jonny May for the opening try. Farrell's conversion took the scoreline to 0-7.

Johnny Sexton kicked a 11th minute penalty goal to reduce the deficit after Kyle Sinckler made an infringement and a minute later England were reduced to 14-men temporarily when Tom Curry was sin-binned for a high-tackle on Keith Earls.

Ireland did not make the next 10 minutes count but instead when England returned to full strength Cian Healy breached the visitors' defence for their opening try but his effort was negated by the half-hour mark when Jacob Stockdale lost a possession allowing Daly to touchdown.

England had a 10-17 lead going into the break with Farrell kicking his first penalty goal at the stroke of half time.

It's half time in Dublin and England have a seven point lead ??
#IREvENG live blog: https://t.co/VHj3uEcAu7 pic.twitter.com/jb6PlzoVcs

Sexton with a three-pointer in the 55th minute reduced the arrears of Ireland and close to the 60th minute Farrell had a chance to cancel the efforts of the Irish fly-half but the ball went wide of the post. The game also saw Maro Itoje leave the field with injury creating concern for Jones.

A combination of Henrly Slade and May proved pivotal that saw the centre touchdown in the 66th minute for first of his two tries. Farrell missed out on the conversion but kicked a penalty goal in the 70th minute to increase England's lead to 12 points.

All of the reaction from Eddie Jones after the #GuinnessSixNations bonus-point win in Ireland ??

Slade gathered a pass from Sexton in his own 22 to slide over the line to help England claim the bonus and more importantly stretched their lead to 19 points before John Cooney's consolation try in the 80th minute reduced Ireland's losing margin to 12 points.

A look at some of best social media from England's #GuinnessSixNations win in Ireland ?? https://t.co/0danWJ11eq pic.twitter.com/YZ0AacVmYc