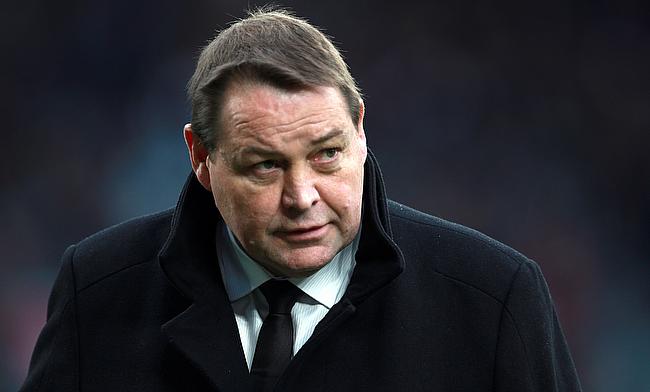 Despite, the injury concerns, Steve Hansen has named trio Kieran Read, Dane Coles and Jerome Kaino in the squad. Read, who will captain the back-to-back World Champions has recovered from a thumb injury and is set to feature in the Test against Samoa on 16th June in Auckland.

Barrett is joined by his brothers, lock Scott and fly-half Beauden, making it the first time a trio siblings is a part of the same All Blacks squad.

Coles is still recovering from a concussion that has kept him out of action since mid March and Hansen stated that he is unlikely to feature in the first two games. Nehe Milner-Skudder, Malakai Fekitoa and Liam Messam have all missed out on selections.

"This was the hardest squad we have ever had to pick, there were some really tough decisions because there are some guys who are in great form who have missed out.

"We see the next four matches as a way to measure where we're going. We're always seeking to take our game to the next level. We have a mindset that we're never standing still and we're going to face a high-paced, intensity game against the Lions. It's a challenge we're looking forward to."

Hansen also took a swipe at Lions coach Warren Gatland, who said there is not much differences between Super Rugby sides and New Zealand following the visitors' 22-16 defeat to Blues.

"I just think Warren was trying a bit of humour after struggling a wee bit with his press conference before. I don't think there's any comparison between Super Rugby and Test rugby.

"I've always said this and I still believe it, this is the best Lions side to come here. But to be arriving on the Wednesday and playing on the Saturday is just too tough, we wouldn't do it."

However, Hansen said he does not want to read too much into Lions' defeat against Blues and is expecting a tough contest in the three-match Test series.

"They're in the infancy of this tour, they'll only get better, and they'll be a good side when the Tests come round. It's well documented they only want to win the Test matches and Gatland has made that very, very clear. I don't think he's too bothered about what happens between now and then.

"We won't be foolish enough to rock up and think we can just expect a soft game. We'll get the kitchen sink thrown at us."