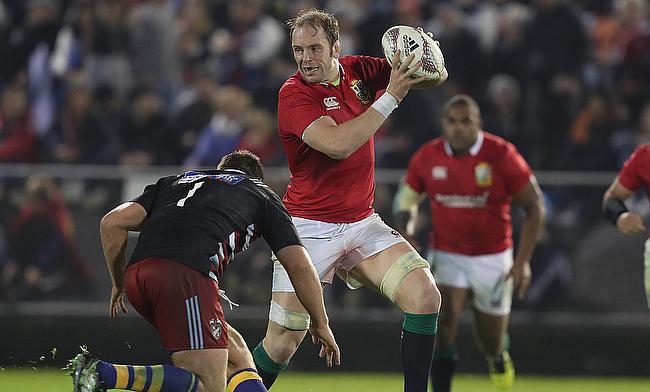 Alun Wyn Jones will lead the Lions against the Crusaders
©PA

British and Irish Lions have announced Wales international Alun Wyn Jones as the captain for the upcoming tour game against Super Rugby side Crusaders on Saturday.

Sean O'Brien, Conor Murray, George North and Jonathan Davies are set to make their first appearance in the tour while England's Owen Farrell has been the preferred fly-half.

England's Ben Te'o will join Davies in midfield while Liam Williams and Stuart Hogg will partner with North in the back three. Skipper Sam Warburton will not be part of the matchday 23.

Jamie George and Tadgh Furlong will make a start in the front row alongside Mako Vunipola as George Kruis will be a part of the second row which also has Jones with O'Brien, Peter O'Mahony and Taulupe Faletau in the back-row.

Lions head coach Warren Gatland has kept his promise of handing a start to everyone in the 41-man squad and is confident of a better performance against Crusaders.

"The aim was always to start everyone in the first three matches and this selection ensures that we achieve this," said head coach Warren Gatland.

"This is an experienced team with nine of the starting 15 players having featured in 2013.

"Our squad is working hard and we are seeing improvement in their performances both at training and in the games.

"The result against the Blues was disappointing and we know we can't afford to give away so many penalties.

"We are looking forward to the clash against the Crusaders and we expect a tough game against the most successful team in Super Rugby history."

Crusaders are currently enjoying an unbeaten streak in this season's Super Rugby after playing 14 games.

Lions squad for the clash against Crusaders: