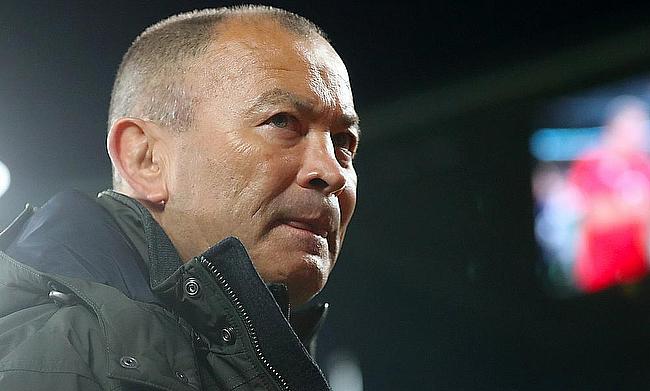 Jack Willis called-up by England for Six Nations and Autumn Nations Cup
Exclusive: England cricketer Sam Billings discusses the challenges of living in a bio-secure bubble
England's Quilter Cup clash against Barbarians cancelled due to Covid-19 breach
Eddie Jones: Robshaw is a fine testament to what the English game can produce

Their defeat in the Gallagher Premiership final on Saturday evening may still be eating away at Wasps and whilst it might not seem it now, there were plenty of positives to take from an excellent season for Lee Blackett’s side.

A remarkable turnaround in fortunes saw Wasps go from 10th in the table all the way to Twickenham, with several players making their mark along the way.

Dan Robson, Jack Willis and Jacob Umaga were certainly instrumental in Wasps’ surge to the final and the trio, along with club captain Joe Launchbury, have seen their excellent displays rewarded in the form of England recognition.

They now have an opportunity to transfer their club performances onto the international scene and the early evidence suggests that head coach Eddie Jones is excited to be working with Umaga in particular.

“I like the way he attacks the line,” said Jones when asked about the 22-year-old on Monday.

He's had an absolutely brilliant season and now Jacob Umaga has a try in the #GallagherPremFinal ??

“He reads the game well. When you get quick ball now, you have got to be able to go quickly. You can’t sit back and wait for things to evolve. To do that, you need at 10 a player who is very instinctive who you just can’t coach to do it because they just do it. You saw that when he scored that try [in the Premiership final against Exeter Chiefs].

“They [Wasps] got a couple of quick rucks and he just hits the line flat, runs through the hole, beats the full-back and scores. They are the things you can’t coach and those are the things you are always looking for in players.”

The fly-half was involved in England’s plans at the beginning of the Six Nations and despite nearly eight months since their last fixture, Umaga seems better placed to earn his first international cap thanks to a string of impressive outings for Wasps.

Owen Farrell is the only other recognisable fly-half in Jones’ 36-man squad ahead of England’s upcoming Six Nations and Autumn Nations Cup fixtures, but the head coach admitted Northampton Saints’ George Furbank could also be an option for the 10 jersey.

The England boss also confirmed George Ford won’t be available for Saturday’s clash away in Italy due to an Achilles problem, which could present Umaga with an opportunity to make his international debut but Jones stressed the Wasps number 10 still needs to develop his game.

“Number 10s are like sushi chefs,” said Jones. “For a sushi chef, you have got a lifetime ambition to be good. It generally takes you 10 years before you can start making sushi and number 10s are the same.

“He [Umaga] is at the start of the apprenticeship, but he might graduate very quickly and might be able to make sushi at the corner store and then he might graduate to make sushi at a five-star restaurant. The development of the player is something no-one knows, but what you have got to try to do is put them in the environment and encourage them to play to their strengths and at the end of the day, it is about how hard they work.

“With those young guys, I always think you have to be patient, allow them to come through and identify the guys who have got that instinctiveness about them and try to bring them through.”

Umaga’s teammate, Willis, is one of nine uncapped players in the England squad but the Wasps’ back-rower will surely secure some game time during this busy autumn period following an outstanding domestic campaign.

The 23-year-old won an extraordinary 46 turnovers during the season, 27 more than any other player in the Premiership, and Willis is someone who has been on England’s radar for the last couple of years.

“We selected him for the South African tour [in 2018] and unfortunately he was injured,” said Jones. “He is a good young player, but he has got a lot of work to do. I need to see him in a more fluid game and we will see that at training to see where is real strengths lie. We know he has got a lot of strengths at the tackle, but you have got to have more than that in Test rugby. What I do know is that he has got an unbelievable desire to want to get better so we will take it from there.”

Fellow Premiership finalists Jonny Hill, Henry Slade and Harry Williams will join the England camp as Champions Cup and Premiership winners following Exeter’s double success, but there was no room in Jones’ plans for European player of year Sam Simmonds and brother Joe, who captained the Chiefs to their recent titles.

The England boss defended his decision not to include the pair: “I am not here to talk about players who aren’t selected. I have spoken to both of those boys. Selection, ultimately, is a judgement situation. There will be people out there who think that certain players should be in and there are people out there who think certain people shouldn’t be in so at the end of the day, it is my judgement call with the coaches.

“I have done about 8,000 miles over the last three months going to watch players live and watching what they do and we have come to the decision that this is the best 36 players. There will be a number of players out there that will be disappointed and they are two of them.”

Jones admitted selecting any of the Premiership finalists for their trip to Italy will be made on an ‘individual basis’ as the seven players look to adjust to the international environment and for England, they will be targeting the Six Nations title on Saturday afternoon.

A bonus-point victory over the Azzurri could see them clinch the championship at the Stadio Olimpico - depending on the outcome in Paris between Ireland and France - but Jones is focusing only on England’s performance.

“Our challenge is to cope with this pressure game which is exciting for us,” Jones added. “We want to be a team which continually gets better.

“As you can see, I have got a smile on my face and I am excited about it. I know the players are excited about it and we have just got to get on with our job and the only thing we can control is our performance and that is what we will be focused on.”