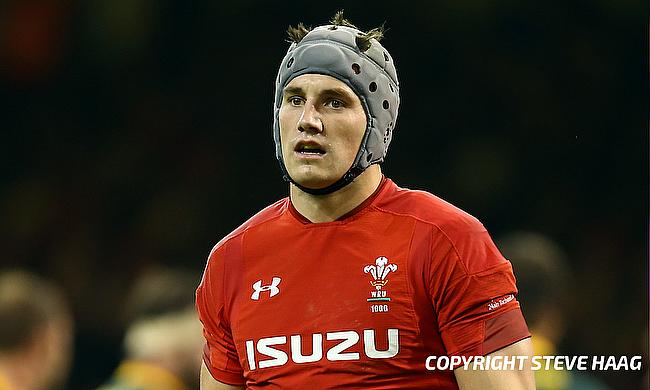 Wales head coach Warren Gatland has made three changes to the starting line-up for the semi-final against South Africa to be played in Yokohama.

Jonathan Davies, who last played for Wales against Fiji and was a late withdrawal ahead of the quarter-final win over France has recovered from a knee injury and replaces Owen Watkin at outside centre.

As Liam Williams is ruled out for the remainder of the tournament with an ankle injury, Leigh Halfpenny replaces him at fullback while Ross Moriarty takes the number eight slot in the place of injured Josh Navidi, who is also out of the tournament.

Skipper Alun Wyn Jones will now level Italy skipper Sergio Parisse's record of second-most appearance in the history of the game as he will feature in his 142nd Test that includes nine for the British and Irish Lions. Only former New Zealand skipper Richie McCaw is above both the players with 148 Test appearances to his name.

Scrum-half Gareth Davies will also play his 50th Test for Wales on Sunday.

There is also one more change in the matchday squad with Moriarty's place on the bench is taken by Aaron Shingler where he will be joined by Watkin, Elliot Dee, Rhys Care, Dillon Lewis, Adam Beard, Tomos Williams, Rhys Patchell.