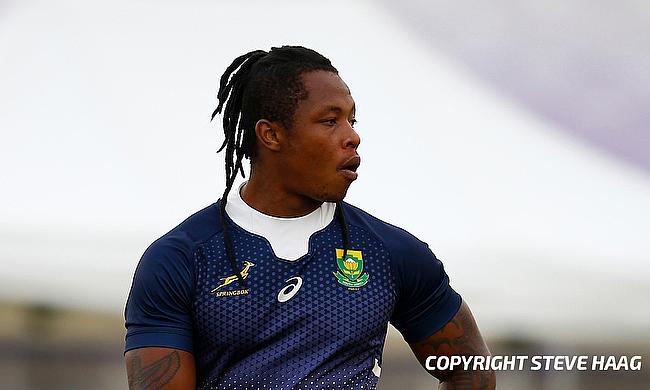 South Africa have made one forced change for the World Cup semi-final encounter against Wales to be played in Yokohama on Sunday.

Cheslin Kolbe, who sustained an ankle injury during the group stage game against Italy that aggravated in the quarter-final game against Japan has been ruled out of the clash with Sbu Nkosi taking his place.

Kolbe has been impressive since his debut for the Springboks scoring seven tries from 13 Tests that included two touchdowns in the match against Italy but now has been sidelined.

Nkosi has played 10 Tests for South Africa since his debut in June last year and has scored eight tries. He also featured for them in the World Cup games against Namibia and Canada.

"It's disappointing not to have Cheslin available as he has been brilliant for us since we first called him up last year," said South Africa director of rugby Rassie Erasmus.

"But we really rate Sbu and he will slot straight in. I am as excited to see what he can do as I would be if 'Chessie' were playing. Sbu has been very close to selection as it is."