Wales into World Cup semi-finals after late drama against France 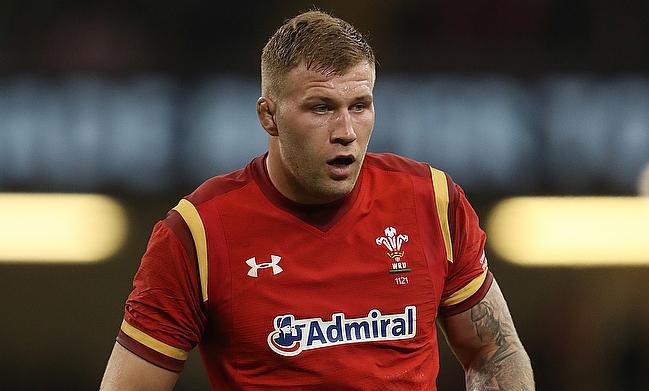 Ross Moriarty's try six minutes from time saw Wales advance into the Rugby World Cup semi-finals as they defeated France, who had Sebastian Vahaamahina sent-off. Chris Heal delivers his report on a pulsating contest in Oita.

In Auckland eight years ago, Wales suffered heartache at the hands of France.

Their semi-final defeat in New Zealand was ultimately defined by Sam Warburton’s red-card as Warren Gatland’s side saw their World Cup dreams come to an end, but as the two teams renewed acquaintances in Japan, another sending off proved to be the turning point.

When the decisive moment came in this quarter-final, Wales had it all to do.

A blistering start from France saw them carry a 19-10 advantage into the second period, but the dismissal of Sebastian Vahaamahina for an elbow on Aaron Wainwright allowed Gatland’s men to come from behind to book their place in the semi-finals thanks to a 20-19 win.

The fairytale ending for Gatland goes on thanks to Ross Moriarty’s score six minutes from time, but Wales will have to vastly improve against South Africa if they are going to create history next weekend.

Vahaamahina sees red after an elbow on Aaron Wainwright. Don't think there can be any complaints with that. France down to 14.#RWC2019 #ITVRugby #WALvFRA pic.twitter.com/fHTsfbwGTh

There was bad news for Wales before kick-off as the experienced and influential Jonathan Davies was ruled out after aggravating the knee injury he sustained against Fiji - with the centre hoping to be fit for next Sunday.

Gatland’s continuity in selection was disrupted slightly as was their defensive organisation in the absence of Davies and it was France who were able to make an aggressive start.

Brilliant work at the breakdown from Dan Biggar and then Justin Tipuric looked to have halted two French attacks, but from a resulting line-out, Les Bleus struck first through Vahaamahina who barged over after a storming surge from Guilhem Guirado.

Romain Ntamack missed the conversion, but he was able to redeem himself almost instantly as France crossed again.

A brilliant step from Virimi Vakatawa took him away from the Wales defence and slick hands from half-backs Ntamack and Antoine Dupont saw Charles Ollivon race over.

Wales were rocked, just as they were against Fiji in their final pool stage match, and it was time for them not to panic. In the Six Nations back in February, Gatland’s side found themselves 16-0 down in Paris and on this occasion in Oita, their powers of recovery, sheer resolve and character were on show once again.

France were looking strong in defence in the opening exchanges, but their hard work was undone so easily as Wainwright waltzed through a gaping hole to get Wales on the board.

It was a breathless start and Wales’s next task was to steady the ship. Dan Biggar duly obliged with a penalty to cut France’s lead to two points.

The game was now finely in the balance, however, the pendulum swung back in France’s favour before the break. Josh Navidi had to exit the field due to an injury, but his replacement Moriarty was quickly shown a yellow-card for a high-tackle on Gael Fickou.

Immediately, France took advantage of the extra man as Vakatawa crossed the whitewash after a superb offload by Damian Penaud and a great running line from Ntamack.

France continued to turn the screw and it was becoming extremely desperate for Wales as the clock ticked towards half-time. France’s backs were enjoying themselves, in particular Maxime Medard, but Ntamack couldn’t add to their tally with a penalty just before the break as it struck the posts.

Wales may have been relieved to hear the half-time whistle and with 18 tackles missed in the opening 40, Gatland’s side knew they had to improve.

However, their task was made easier by Vahaamahina’s mindless elbow on Wainwright in the maul and his ridiculous decision on the 48th minute was to cost Les Bleus a place in the semi-finals.

It wasn’t plain sailing for Wales, though, despite the man advantage. France began to slow the game down and they were frustrating Gatland’s side as time continued to tick by.

Brilliant work from Tomos Williams looked to have set the platform for Wales to score, but George North was snuffed out by the excellent Yoann Huget as the blue wall refused to be broken.

France even had the chance to take the game away from Wales as Vakatawa’s strength nearly carried them over, but Wales were able to soak up the pressure.

This pulsating contest continued to ebb and flow as Wales knocked-on close to the French try-line, but with six minutes to go, Moriarty was able to squeeze over following a turnover from Tomos Williams.

The decision did go to a TMO to see if the turnover had gone forward, but the try was awarded to the delight of thousands of Wales fans crammed into the Oita Stadium.

Biggar’s conversion put Wales in front for the first time in the contest and Gatland’s side were able to see out this absorbing clash to clinch a place in the semi-finals.

Wales were on the wrong end of ill-discipline in 2011, but at this World Cup in Japan, their tears were replaced by smiles as late drama saw Gatland’s side go some way to avenging their pain of eight years ago.