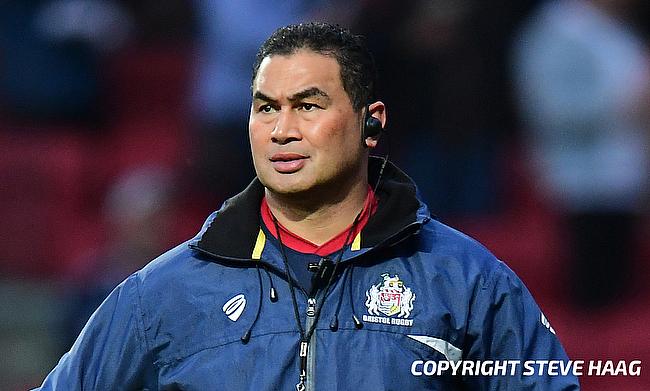 Bristol Bears have confirmed that former All Blacks prop John Afoa has signed a one-year contract extension with the Gallagher Premiership club.

“I’ve loved my time in Bristol so far, so from that perspective, it was an easy decision to make. The way the medical and athletic performance guys manage me has been awesome and it helps me be at my best every time I get on the grass," he told in a statement released by the club.

“We’ve got a good bunch of boys here and there’s a huge amount of ambition.

"What is important for me also is that it’s an enjoyable place to be, the lads get a lot out of the rugby we are trying to play and it’s a great environment to be a part of.”

Afoa joined Bristol ahead in 2018 and has gone on to make 52 appearances for the club and was named in the Premiership team of the season every year during his time with the club.

He started his professional rugby career with provincial side Auckland in 2002 with his Super Rugby debut for Blues coming two years later. He joined Ulster in 2011 before making a switch to Gloucester in 2014 and went on to make 74 Premiership appearances for them.

The 37-year-old featured in in 36 Tests for the All Blacks since his international debut in 2005 and was part of the victorious 2011 World Cup campaign.

“John is a legend of the game and his impact at the Bears has been immeasurable. On the field, to be one of the most consistent standout players in one of the toughest physically demanding positions - for so many seasons at the highest level - is a testament to his professionalism and mental toughness," said director of rugby Pat Lam.

“Off the field, John is a massive leader in our group. He initiated and drives our Bears Mentor Programme bringing on the young and new players and ensuring connections and real clarity to our game and our Bears culture.

“John has been a huge part of our growth since our promotion back to the Premiership and him committing to another year is a major boost to our players, our staff and our fans.”

Bristol Bears currently hold the top place in the Gallagher Premiership table with 61 points from 15 games and have a 12-point lead over second placed Exeter Chiefs.