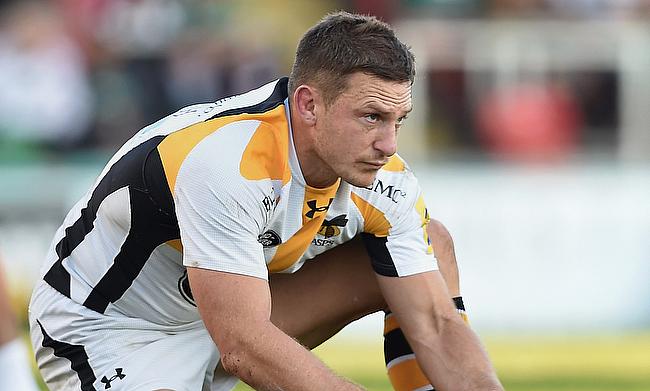 Jimmy Gopperth has been with Wasps since 2015
©PA

Wasps have confirmed that five players including New Zealand born fly-half Jimmy Gopperth has signed a new deal with the Gallagher Premiership club.

New Zealand born fly-half Gopperth made his professional rugby debut with Wellington and enjoyed stints with Hurricanes, Blues, Newcastle Falcons and Leinster before he joined Wasps in 2015.

The 35-year-old has been out of action since August after suffering an anterior cruciate ligament injury in August and was initially announced to miss the entire season but the club is expecting him to return to action in May. He has 78 appearances for the club in which he amassed 771 points.

Meanwhile, Tommy Taylor, who made a solitary appearance for England in 2016 joined Wasps from Sale Sharks and has featured for the club 41 times while South Africa international Ashley Johnson joined Wasps from Cheetahs in 2012 and since then has amassed 38 tries in 175 games for the Ricoh Arena outfit.

Props Simon McIntyre and Ben Harris are the other players to sign contract extension with the club after joining the side in 2013 and 2017 respectively.

"With five experienced players penning new deals it sends out a really positive message to some of our younger players," Wasps director of rugby Dai Young said.

"Both Jimmy and Ashley are fantastic athletes who give absolutely everything. Their experience across the board is crucial, not only in matches, but in helping develop some of our younger players.

"Si, Tommy and Ben have all been tremendous performers in the front row in recent seasons."