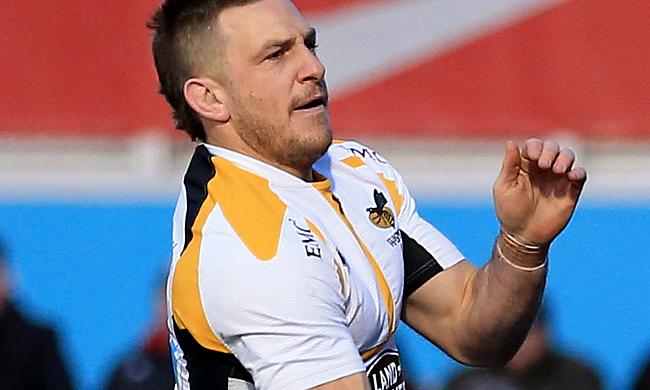 Jimmy Gopperth stepped up Wasps' charge for the Aviva Premiership play-offs as he scored 17 points in a five-try 39-12 victory over Sale Sharks.

Dai Young's third-placed team have now won six consecutive home matches and eight of their last nine in the top flight and lie behind only Exeter and Saracens in the standings.

With three of their remaining five matches against sides at the bottom end of the table, they are now strong favourites to secure a semi-final place for the first time since 2008.

It took hosts Wasps just 23 seconds to get on the board at the Ricoh Arena as Frank Halai recovered the kick-off, before Charles Piutau cruised over after a powerful Nathan Hughes burst, Gopperth converting.

Sale were really struggling to get a foothold in the game and the hosts soon had a second try on the board courtesy of Rob Miller, the full-back scoring against his former side when he was well placed to take an inside ball from Halai.

The visitors' set-piece was under real pressure, and when they did manage to win some ball a string of handling errors followed. Gopperth kicked two straightforward penalties early in the second quarter to extend the hosts' advantage to 18 points, before Christian Wade knocked on with the line at his mercy.

Sale ended a forgettable first half by conceding a third try when Ashley Johnson touched down a driving line-out and Gopperth added the extras to give the hosts a 25-0 half-time lead.

Sale boss Steve Diamond would have had some strong words for his side at the break and it seemed to work as they dominated the early stages of the second half.

Wasps conceded five penalties in quick succession and lost Jake Cooper-Woolley to the sin-bin as a result.

Sale then opened their account with a driving line-out score, which was finished off by skipper David Seymour.

Danny Cipriani converted before the Sharks took full advantage of Cooper-Woolley's absence as they scored a second try with hooker Neil Briggs powering over from close range.

Once restored to full strength, Wasps responded with a line-out drive of their own following a penalty. Although Sale had repelled the initial surge it was Gopperth with a little pick-and-go that saw him find his way over before adding the extras.

Wasps scrum-half Dan Robson was a constant threat with his intensity and he was narrowly denied a try by the television match official after replays showed he had not grounded the ball correctly, mainly thanks to some superb cover defence by Sale full-back Mike Haley.

The hosts added a fifth try when Wade finished off a flowing 60-metre move started by Sam Jones' athletic recovery of a loose ball on the ground. Gopperth's replacement Ruaridh Jackson converted, before the closing stages were brought to life by a dust-up which earned Wasps' replacement prop Tom Bristow a yellow card, and Sale centre Johnny Leota a straight red.