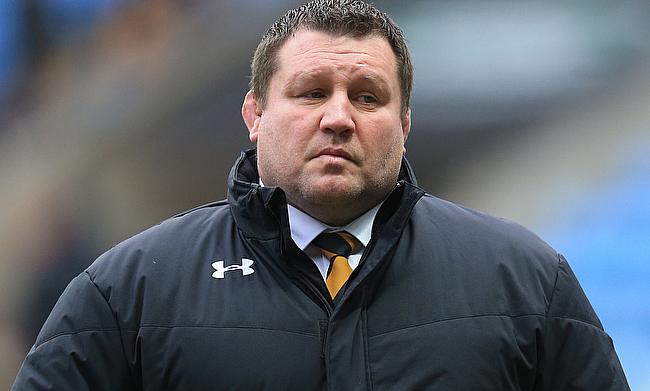 Dai Young, whose Wasps side have been linked with a move for Kurtley Beale
©PA

Aviva Premiership play-off contenders Wasps could be closing in on another major signing for next season - Australia international full-back Kurtley Beale.

Asked by Press Association Sport following a 13-10 Premiership defeat at Gloucester about the Beale speculation, Wasps rugby director Dai Young said: "We constantly say that any quality player who comes on the market, we would be interested in them, but so would 11 other Premiership teams.

"It's unfair for us to talk about players that are not our players. I think we have been pretty consistent in that, really.

"We have signed four players for next season - and been linked with 104.

"I think we have to adopt the policy, really, that when we do sign players, we've announced them. We have been pretty honest with that.

"Would you want Kurtley Beale? Yeah. And we will have the full-back and the winger. I will give you a list if you want."

On the field, Wasps suffered a first Premiership defeat for two months as Gloucester continued an impressive push towards the play-off places.

Gloucester's fourth win in their last five league starts was achieved against the odds after they lost four players - two of them on stretchers - to injuries as Rob Cook, Henry Purdy, Paddy McAllister and Billy Burns all went off.

Wing Christian Wade scored a memorable solo try for Wasps, with fly-half Jimmy Gopperth adding a conversion and penalty, before Gopperth sent a drop-goal attempt narrowly wide with the final act of an absorbing game.

Wasps' run of six successive Premiership wins came to an end, even if a losing bonus point provided some consolation, as they reflected on a first league defeat since January 2.

Young added: "We knew it was going to be tough and a battle. I strongly believe that any team in this league can beat each other.

"When we play like we can, it takes a very good team to beat us, but if we don't quite hit our straps, then we are still going to lose games. We are not the finished article.

"Today, I thought we just lacked a little bit of spring in our step. We didn't quite have the intensity that we've had the last two to three weeks.

"There is still a long way to go in this season for all teams.

"We have some real tough games ahead. If we win them, we are going to be in a great position, but there are still probably eight teams fighting for European places. if we get into the last month of the season, and we are in top four, we will give it a real crack."

Gloucester rugby director David Humphreys said that Burns and Purdy will undergo x-rays, while McAllister twisted his knee and Cook will follow return to play protocols after he was left face down on the turf following an attempted tackle on Wasps lock Kearnan Myall after just five minutes.

"I am incredibly proud of the effort by the whole squad," Humphreys said.

"We know how good Wasps are, and I thought it was a great game to watch. Both teams came with an aspiration to play rugby.

"I thought in the first half, our whole game was good, and in the second half we showed real character and commitment to defend. We defended incredibly well.

"To win a game against a team like Wasps, it is a case of numbers one to 23 playing well. I believe they are probably the most complete team in the Premiership at the minute in terms of their style of play.

"For us, it was a hugely significant win."