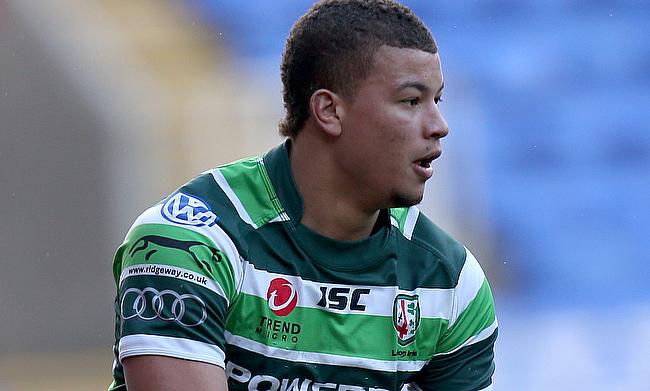 Guy Armitage, younger brother of former England stars Delon and Steffon, will join Wasps from London Welsh for next season.

The 24-year-old centre will boost boss Dai Young's midfield options, having racked up 12 tries for Welsh so far this term.

Armitage followed brothers Delon and Steffon through the ranks at London Irish, before stints at London Scottish, Welsh and a short-lived move to join his siblings at French powerhouses Toulon.

The England Under-20s cap admitted he is looking forward to reuniting with several former international age-group colleagues at the Ricoh Arena.

"I'll be meeting up with quite a few of my England age group squad - Elliot Daly, Christian Wade, Dan Robson, Sam Jones and Joe Launchbury - so it will be nice to have some familiar faces," said Armitage.

"Dai Young shows great confidence in his squad and you can see the players have bought into his plan and excelled.

"For sure, it's an exciting new challenge for me and I feel I am ready. I would like to thank London Welsh for the opportunity they have given me to get so much game time."

"Guy has been one of the stand-out performers in the Championship this season and I've been impressed not only by his try-scoring ability, but also his physicality in attack and defence," said Young.

"Watching some of Guy's games, you can see he has a real hunger to get involved and is able to create chances as well as finish them.

"We look forward to Guy providing another strong option in our talented backline, as we look to increase strength in depth across the squad."