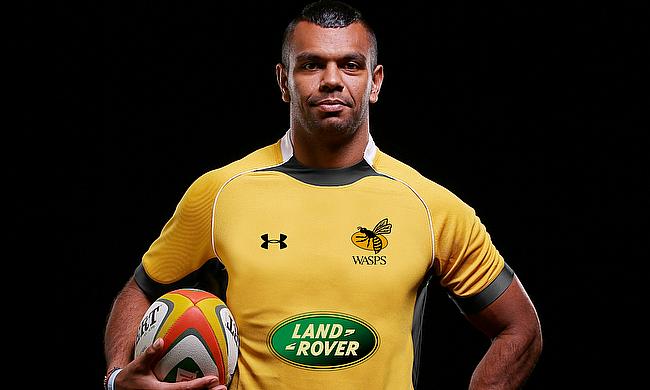 Will Kurtley Beale be off to Wasps!?
©PA

Versatile Australian back Kurtley Beale is reportedly set to sign an Aviva Premiership-record breaking contract with Wasps in the coming weeks.

The deal, which is believed to see Beale earn £1.5m over two years, would be the largest in Premiership history and falls just short of the recent deals Dan Carter and Matt Giteau signed with Racing 92 and Toulon respectively.

So, what would Wasps be getting for their considerable outlay?

Beale is a product of St Joseph’s College in Sydney and has since made a name as one of the most skilful backs in rugby, impressing with both the Waratahs and the Wallabies. To date, Beale has accumulated 118 Super Rugby caps and 60 test caps.

The aforementioned skill of Beale is the driving force behind his ability to play three positions in the back line – fly-half, inside centre and full-back – to a very high standard and would be a key reason behind what we understand to be Wasps’ extravagant pursuit. With Wasps well-stocked at the fly-half position following the acquisition of Danny Cipriani, a former teammate of Beale at the Melbourne Rebels, it’s at 12 and 15 where Dai Young would presumably be considering the Australian at.

The logical fit would be for Beale to fill the shoes of full-back Charles Piutau, who is departing for Ulster at the end of the 2015/16 season, and then to fill in at other spots in the back line when and if required. He would face competition from Rob Miller and possibly Piers O’Conor, who is enjoying a very fruitful season dual-registered with Bedford Blues in the Greene King IPA Championship, but if he were to play to his ability, Beale is more than capable of making that jersey his own.

Wasps have not had too much luck at inside centre in recent years, though. The highly-anticipated arrival of Alapati Leiua in the 2014/15 season has yet to pay off, with the Samoan enduring a torrid run of injuries since making the move north. Ben Jacobs has filled the void admirably but has also had to put up with his fair share of injuries, necessitating Siale Piutau, brother of Charles, being parachuted in midseason to provide another body at the position.

With Siale’s move a temporary one and Leiua yet to stay fit for a consistent run in the team, Young could turn to Beale to fill the problem position, especially if Miller and O’Conor can impress at full-back over the remainder of the season and in the 2016/17 preseason.

A spot at inside centre would link Beale up with Cipriani and though their time together in Melbourne was notorious for making the front pages rather than the back ones, it’s an extremely exciting combination in theory. Both players have matured since their stints at the Rebels, although Beale was in hot water in 2014 when he was at the centre of the texting controversy with then Wallaby doctor Di Patson.

There have been no incidents since and Wasps would be hoping they get the effective, game-changing Beale that has shone in the 2015 and 2016 Super Rugby seasons, rather than controversy-plagued player of previous years.

His distribution skills at fly-half and inside centre often have him pegged as a ‘playmaker’ midfielder, but he is certainly physical enough to straighten the line, something Wasps would definitely need him to do if they fit him in between Cipriani and Elliot Daly in their back line. That said, his hands and awareness would make him more than useful at full-back, where he could shine on the counter-attack, breaking the line and then unleashing the likes of Christian Wade and Frank Halai. This is where Charles Piutau has been at his most dangerous for Wasps this season.

This selection dilemma would be a great one for Young to have and one which would, assuming the move goes ahead, make plenty of Directors of Rugby around the Premiership extremely envious next season.

Ultimately, Beale’s versatility and ability to play the two positions that Wasps have their biggest needs at – inside centre and full-back – makes him, on paper, the perfect recruit. The one downside to the move, from Wasps’ perspective, would be that having played 60 tests for the Wallabies, Beale is eligible to still be selected for the national team despite playing his rugby overseas.

Critics would point to that and his chequered past, but with any deal set to make Beale a marquee player (exempt from the salary cap) and the club enjoying the extra revenues of the Ricoh Arena, who could blame them for splurging on a luxury player like Beale?

One thing is certain. The Premiership would be a more enthralling watch with Beale in it.