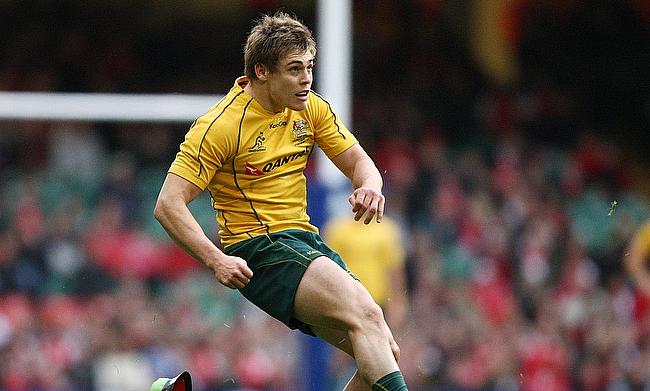 Australia fly-half James O'Connor said his side is determined to finish the upcoming tour on a high as they line up to Wales at Principality Stadium on Saturday.

Having started the year with a close series win over France, the Wallabies suffered Bledisloe Cup setback against New Zealand before bouncing back in the Rugby Championship with a double victory apiece over South Africa and Argentina.

Even though Dave Rennie's men suffered defeats against Scotland and England in the ongoing Northern Hemisphere tour, O'Connor wants to finish the campaign on a high with a win over the Six Nations champions Wales.

"There's a heap of good things to take out of this year," O'Connor said.

"It's two losses and two that we will learn big lessons from.

"This week is all about just putting it together - finding that balance of how we play and also playing the conditions and then just finishing the tour on a high.

"We feel we've a had a good year and we've really built this year so we want to show the public you know what we can do."

Australia have won all the three games against Wales at the venue when O'Connor was part of the side. His first Test starting as chief playmaker came during 2011 when he kicked three conversions and a penalty to steer the Wallabies to a 24-18 win and the 31-year-old is looking forward to the opportunity to play at the iconic stadium.

"It was all attack we just we went all out and that was a great experience for me," O'Connor recalled of the 2011 match.

"I really enjoy playing there ... it's an awesome atmosphere, they bring a lot of people into the city and there's a huge buzz about it."