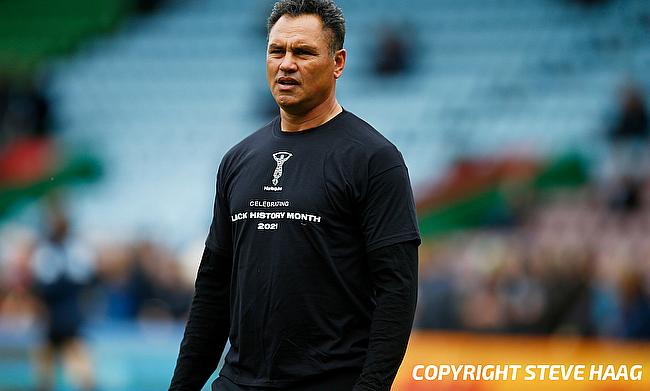 Harlequins have announced that back-row James Chisholm has signed a new contract with the Gallagher Premiership club.

A product of Harlequins Academy, the 26-year-old made his debut with the Quins in 2013 and becomes the 18th player to commit his future with the club this season.

He continued his impressive form in the 2017/18 season where he went on to win Player of the Season award while also awarded the captaincy in the Anglo-Welsh Cup.

The 6ft 2in back row also was part of the England Under 20 squad that went on to win the Junior World Championship in 2014 and the U20 Six Nations in 2015.

“I am really pleased to have extended my time at Quins. In the eight and a half years I’ve been at the Club I can honestly say it’s the best and most enjoyable it’s ever been at the moment and I’m very excited to re-sign," he told the club's official website.

Harlequins’ Head Coach Tabai Matson is delighted with Chisholm extending his stay with the club.

“It’s fantastic to have Chis re-sign with us. He’s a player whose quality is hugely respected across the league. His impact from the bench in returning from injury against Bristol in the semi-final last season is perhaps one of the most obvious examples of his quality.

“What is perhaps one of the most impressive parts of James’ game is his ability to be so dynamic across the park within that classic Quins style of play whilst also dominating physically in the contact area.

"We’re delighted to have such an important member of our squad and someone that brings so much energy throughout the week sign on again at The Stoop.”