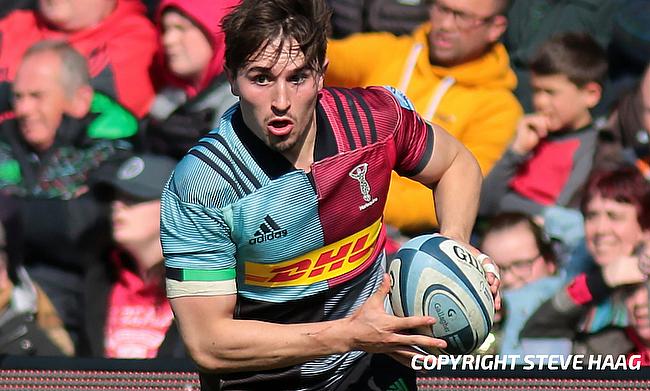 Harlequins managed to overcome late surge from Wasps as they sealed a thrilling 29-24 win in the latest round of the Gallagher Premiership at Twickenham Stoop on Saturday.

This is ninth win for Harlequins in 16 games as they are at third place in the table while Wasps are positioned seventh after winning and losing eight apiece in the season until now.

The result meant Harlequins end a three-game losing streak as they climb to the third place in the table while Wasps slip to seventh place.

Wasps started the game with a setback as Tom Cruse was replaced in the opening minute by Gabriel Oghre following an injury and the Quins capitalised on the momentum with Oscar Beard powering his way to the corner for his third try of the season but Will Edwards missed out on a tough conversion.

Jacob Umaga with a penalty goal in the sixth minute helped Wasps reduce the arrears but missed a subsequent three-pointer in the 24th minute as the scoreline remained at 5-3.

The Quins stretched their lead further around the half-hour mark as Huw Jones collected a looping pass from Andre Esterhuizen to dot down and a successful conversion from Edwards meant the defending champions went into the break with a 12-3 lead.

Harlequins were the quickest to get off the block in the second half as Matt Symons set up Cadan Murley for their third try that came in the 45th minute and the bonus point came two minutes later as Beard made inroads for Esterhuizen to crossover. Edwards got one conversion right as the hosts increased their lead to 24-3.

The end of the third quarter saw number eight Tom Willis stretched to dot down for their first try of the game but his efforts was negated by a touchdown from Louis Lynagh making it 29-10. Even though, Wasps had two late tries from Sam Spink and Jeff Toomaga-Allen in the final seven minutes, it was Harlequins, who successfully went on to win the encounter with a five-point margin.