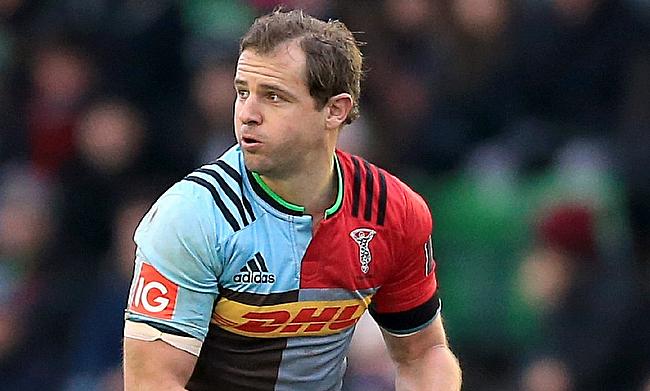 Evans, who had a stellar playing career with Harlequins featuring over 200 appearances for them between 2008 and 2017 joined the club as an attack coach post retirement after scoring 2249 points.

Meanwhile, Jones, who has played 100 Tests for Wales and British and Irish Lions combined and went on to join their backroom staff at the end of the 2017/18 season.

Flannery started his coaching career with Munster and after working with them as scrum and forwards coach, he joined Harlequins as a line out coach in 2020.

Senior coach Tabai Matson had high praises for the contributions made by Evans, Jones and Flannery and expressed delight about them extending their stay at the club.

“The coaching group did an amazing job last year with a fantastic team. It’s always interesting to come from the outside and join a cohesive group - and that’s exactly what they were. They are a high functioning team.

“One thing I’ve really enjoyed is that they’re all completely different. They have different energies, they’re all fantastic within their portfolios and they all compliment each other really well. For me, joining a team like that was exciting. It’s fantastic that they’ve all re-signed as a group.

“What Nick brings to the table is an analytical view. He’s got all that experience from his playing days but now he’s leading and driving the likes of Marcus and Danny. We’re blessed to have him in the mix.

“He’s completely different to Jerry, who brings this real intensity to the way he leads the lineouts and the defence. He’s fantastic practitioner and I’m not sure if it’s just his accent but he’s a wonderful storyteller and he drives a lot of the energy in the week.

“And of course, Bomb [Adam Jones], our Welshman. It’s really an eclectic group of nations, which is one of the things we love about the game, isn’t it?

“Our scrum has often been the thing that’s kept us in games, so with his experience and the way he drives the scrummaging, he’s been a key part of the success here so far.”